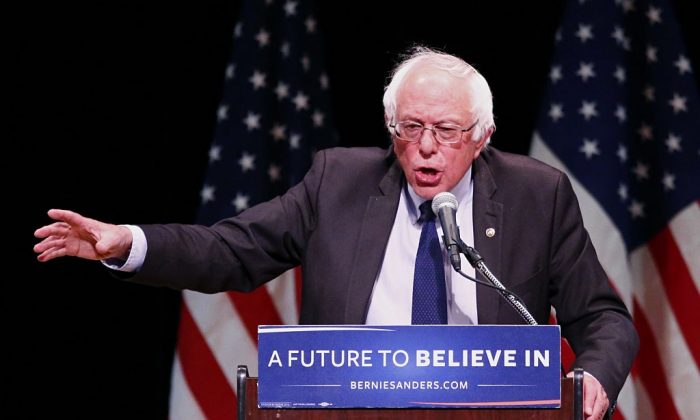 Bernie Sanders and Hillary Clinton delegates came to an agreement during a meeting in Orlando, Florida on a final version of the Democratic party’s platform to be voted on in the Philadelphia convention later this month.

The platform is a non-binding agreement, but acts as symbolic representations of influence and compromise between Clinton and Sanders who have different visions for the party.

“We have made enormous strides,” Sanders said in a statement on his website. “Thanks to the millions of people across the country who got involved in the political process – many for the first time – we now have the most progressive platform in the history of the Democratic Party.”

Thanks to millions of people across the country, we have the most progressive platform in the history of the Democratic Party. Thank you!

Sanders delegates also expressed surprise and optimism about the results.

“It went a lot better than I thought it would,” said environmentalist and author Bill McKibben, one of the platform committee delegates supporting Bernie Sanders, in en email to Epoch Times.

McKibben agreed with Sanders’ assessment that the platform was the “most progressive platform by far ever.”

The Clinton campaign also touted the success of the platform stressing the unity between the two candidates coming together to strengthen the document.

“We are proud of the work that Democrats did in Orlando and for coming together to further strengthen the most progressive platform in the history of our party,” said Clinton senior policy adviser Maya Harris as the two-day Platform Committee meeting wrapped up late Saturday night, according to a report by NBC.

Sanders is preparing to end the rivalry with Clinton on Tuesday at a rally in New Hampshire where he will be campaigning with the presumptive nominee and is expected to make a full endorsement of her.

Three major issues that were pushed by the Sanders campaign were rejected by the Platform Committee: trade, fracking, and a change in position on Israeli settlements.

An amendment to oppose the TPP was voted down by Clinton delegates despite the fact that neither campaign supports it and no Clinton supporters spoke up in support of the trade agreement. The delegates didn’t want to cross the President’s support of the deal.

The platform also rejected language calling for “an end to occupations and illegal settlements” in Palestinian territories which was pushed by pro-Sanders civil rights activist and philosopher Cornel West.

The amendment was voted down 73-95 by mostly Clinton supporters and received the loudest boos from the crowd, with one man having to be escorted out.

Sanders supporters that oppose the trade deal are pushing to address the subject on the convention floor in Philadelphia saying that they will open up a “minority report” which would push for all delegates to vote for or against the trade deal.