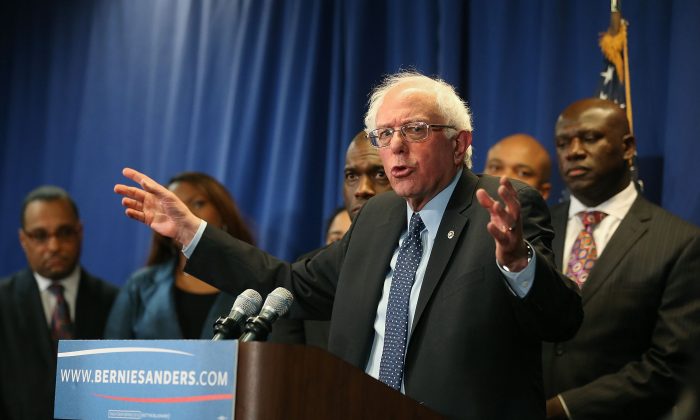 In this Democratic primary cycle, Bernie Sanders weakness in the exit polls has been the African-American and non-white vote.

On March 8, his upset victory in the Michigan primary shows that Sanders chipped away at some of Hillary Clinton’s wide margin in the demographic, and was one of the factors that allowed him to claim victory in the state.

Race is an important deciding factor in this Democratic primary cycle. Sanders has done better in states that have larger white populations like Vermont and New Hampshire, and Clinton has done better where the state has more African-Americans.

Leading up to the primary, both Sanders and Clinton made the Flint water and humanitarian crisis a major issue on the campaign trail. In Flint’s county, Genesee County, Clinton won by a close margin, 51 percent to 46 percent in a contentious battleground county.

Considering that Sanders won the state by only 1.5 percentage points and went into the primary behind by an average of 21 percent according to Real Clear Politics, every county and vote mattered.

However, this shift in exit polling numbers is also a regional difference. In southern states like South Carolina and Mississippi, Sanders only polled 14 percent and 11 percent of the African-American voters. However, in states like Oklahoma and Nevada, Sanders did considerably better amongst non-white voters.

In a statement to the press Tuesday night, Sanders said he wanted “to thank the people of Michigan who kind of repudiated the polls that had us 20, 25 points down a few days ago, who repudiated the pundits that said Bernie Sanders wasn’t going anywhere.”

Sanders may have outperformed in Michigan, but Clinton won more overall delegates with her wide margin of victory in Mississippi. She also leads the count in delegates 745 to 540 before factoring superdelegates. After adding pledged superdelegates, Clinton leads 1221 to 571.

In the next couple months “beltway” states like Ohio, Illinois, and Wisconsin are going to be holding primaries with similar overlapping issues and demographics as Michigan. Clinton is still polling as the clear favorite in Ohio and Illinois, but as the Michigan result can attest to, polling isn’t everything.

On Wednesday, Clinton and Sanders face off in the first Democratic debate since the Michigan primary, and just barely a week before March 15 where Florida, Ohio, Missouri, and Illinois will go to the election booths.