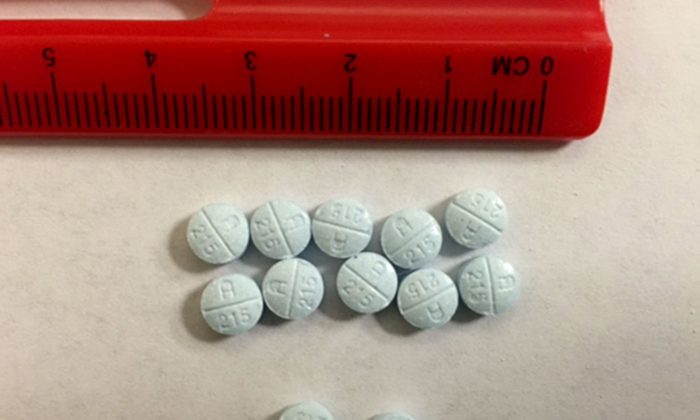 SAN DIEGO—A San Diego resident who sold fentanyl pills to another man, resulting in the victim’s fatal overdose, was sentenced to 25 years in federal prison on Feb. 14.

Jahvaris Lamoun Springfield, 32, was convicted by a federal jury in August of a count of distribution of fentanyl resulting in death for selling the pills that killed 26-year-old Brendan James Gallagher on Feb. 5, 2019.

Prosecutors say that Gallagher sent text messages to Springfield seeking to buy oxycontin on that same day. Two counterfeit oxycontin pills that tested positive for fentanyl were later found in Gallagher’s bedroom and a “fatal concentration of fentanyl” was found in his blood during an autopsy, according to the U.S. Attorney’s Office.

Springfield was arrested a few weeks later, and agents found pills in his car that tested positive for fentanyl, according to the prosecution.

According to court papers, Gallagher was a Boston native who served in the U.S. Army and developed a substance abuse problem following a deployment to Afghanistan. He moved to San Diego in 2018 “to try and put distance between himself and drugs,” but ultimately, “he could not escape his dependence on opiates,” prosecutors wrote.

In a defense sentencing memorandum, Springfield’s attorney asserted there was no evidence showing his client knew the pills contained fentanyl, or that he lied to Gallagher by assuring him the pills were fentanyl-free, as has happened in other fatal overdose cases.

“How Brendan Gallagher lost his life was tragic—but it was an accident,” wrote defense attorney Matthew C. Binninger, who sought a 20-year term for Springfield.

Prosecutors conceded in court papers that there was no direct evidence that Springfield knew the pills contained fentanyl, but said he “recklessly disregarded the high likelihood that the pills he was selling contained fentanyl and could cause the users’ death.”