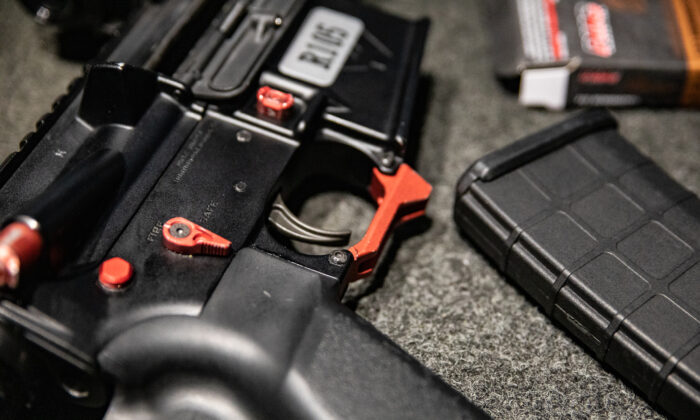 As they did earlier this month, Board Chairman Nathan Fletcher and Supervisors Terra Lawson-Remer and Nora Vargas supported the measure, while their colleagues Joel Anderson and Jim Desmond were opposed.

Ghost guns are unregulated firearms that lack serial numbers by which they can be identified and are typically assembled from purchased or homemade components.

The county ordinance will:

—update definitions regarding firearms to include unserialized ghost guns and parts;

—prohibit the possession or distribution of parts without serial numbers that are used in the creation or possession of ghost guns;

—prohibit 3D printing of firearms or parts; and

—require the safe storage of firearms within a residence or accessory structure.

According to a previous statement from Fletcher’s office, unlike state law, the new ordinance includes the parts of ghost guns in the definitions and prohibitions “because the gun parts are designed to be easily assembled and can quickly become as dangerous as a completed gun.”

Supervisors will also receive an annual report, based on a suggestion from Desmond, on the impact of gun violence within the county.

On Jan. 11, supervisors voted 3–2 to consider adopting the ordinance, and Tuesday’s actions were a second reading per county policy. Last October, the board directed Helen Robbins-Meyer, the county’s chief administrative officer, to draft the ordinance.