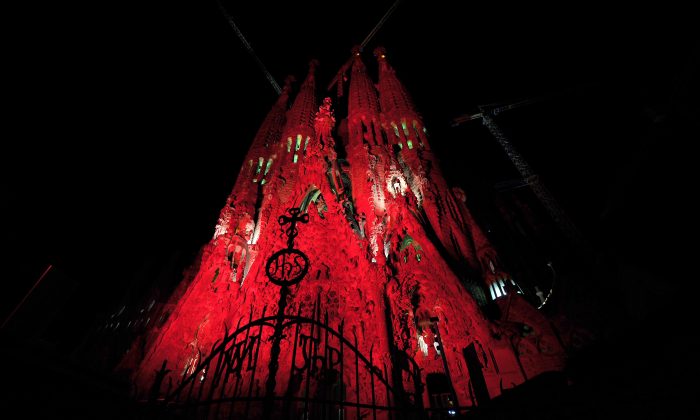 The Sagrada Familia, a cathedral in Barcelona, Spain that has been in construction since 1882, has drawn countless tourists but it will be another decade before it is finally completed.

The Sagrada Familia was recently visited by Pope Emeritus Benedict XVI in 2010.

The cathedral was designed by Italian architect Antoni Gaudi, who died in 1926, and is said to have spent the remainder of his life dedicated to designing and working on it. When he died, it was around 15 to 25 percent completed.

CBS’s “60 Minutes Overtime” recently visited the cathedral, showing construction on the the place of worship.

“I mean, he wanted to write the history of the whole of the Catholic faith in one building. I mean, how crazy and how extraordinary and how ambitious and how, in a sense, megalomaniac that idea is,” Gaudi author Gijs van Hensbergen told CBS.

Mark Burry, one of the lead architects, told the broadcaster that it will take another 13 or so years to complete the project.

Joan Rigol, who heads the committee to build the Sagrada Familia, told The Guardian that it will be finished in 2026 or 2028–more than 140 years after building started.

A setback took place when a man set fire to part of the basilica in April 2011. “The damage is worse than we had thought,” chief architect Jordi Bonet said in 2011.