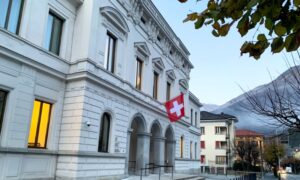 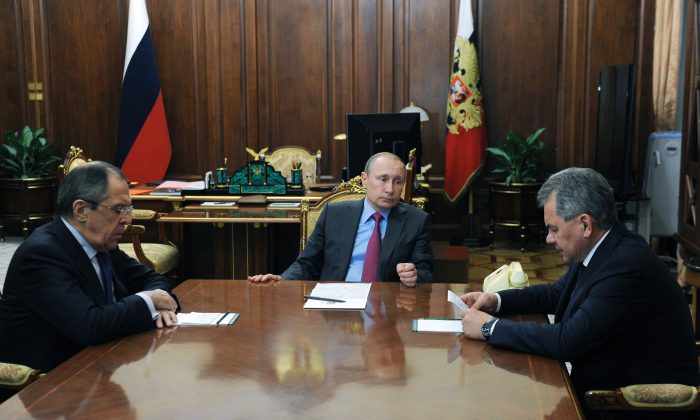 Russian President Vladimir Putin is not an easy politician to read. He is willing to say one thing while his diplomats and military do another—as the long-running conflict in Ukraine has demonstrated. His statements are at the pinnacle of a Russian state propaganda machine shrouding any “truth” in layers of often deceptive assertions.

And, as the announcement on March 14 of a “withdrawal of most of [Russia’s] military group” from Syria demonstrated, he can spring a surprise on both his allies and his foes.

So, does this represent mission accomplished for Putin—as he maintained on Monday (“the tasks … are generally fulfilled”), or is this a sign of Russian weakness, with the costs of military intervention compounded by a shaky economy, the challenge of sanctions on Moscow, and a sharp fall in oil revenues?

Or is Putin just being deceptive, with his air force ready to resume bombing and his advisers ready to support pro-Assad ground offensives—especially if political talks to resolve Syria’s five-year conflict fail in Geneva?

The starting point is that Russia’s launch of a massive bombing campaign on Sept. 30 had an immediate objective, rather than a long-term vision. Moscow and Iran, Assad’s other main ally, had agreed in late July that intervention was necessary to prevent the defeat of the regime. They resolved to hold a defense line from the Mediterranean via Syria’s third city Homs to the capital Damascus.

The chief threat to the Syrian military was the rebel blocs which had taken much of the northwest—including Idlib Province—and the south. Those forces were on the verge of advancing on the city of Hama and possibly breaking through in Syria’s largest city Aleppo, divided since 2012.

Russia insisted its objective was to defeat the Islamic State, but meanwhile it devoted more than 80 percent of its attacks to opposition-held territory. On the ground, Iran and Lebanon’s Hezbollah put in commanders and troops and oversaw Iraqi, Afghan, and Pakistani militias. Five offensives were launched against rebels and one against the Islamic State.

Five months later, the main objective has been secured. With rebels on the defensive not only against the pro-regime assaults but also Kurdish attacks, the Syrian President Bashar al-Assad does not have to fear the opposition at Damascus’s door for now. However, the gains of rebel and Islamic State territory are still limited.

But No Long-Term Vision?

Analysts have speculated that Putin’s intervention has long-term goals in changing the balance of power in the Middle East. Some have placed it in a global geopolitical struggle, linked to front-line contests such as Ukraine. Others have focused more on specific interests such as Russia’s establishment of an airbase in western Syria to accompany the naval base in Tartous that Moscow developed from the 1970s.

That speculation probably says more about the pondering of analysts, than about Putin’s calculations. Without a stable and supportive regime in Damascus, any long-term Russian military position is tenuous. There is no hope of a badly-damaged Syrian economy offering any trade or investment advantages.

Even the Russian-Iranian alliance is tenuous. While an alliance with Tehran can be a position against other powers in the Middle East, Moscow has to balance this with consideration of how far it can challenge the West. That is why Russia maintained its position within the 5+1 powers pressing the Islamic Republic for a nuclear deal and why it has stalled for years on delivery of advanced military equipment to Tehran.

Russia’s military gamble in September was significant, but it was not strategic. This was a tactical decision to buy time. The same can be said for Russia’s initiative to renew political talks, albeit on its own terms with no commitment to Assad’s removal.

Any advantages from military intervention and political success have to be balanced against the expense. The headline cost of Russia’s airstrikes and support operations is estimated at $720 million to $1.2 billion per month. On its own, that expenditure is currently affordable.

But that cost is not “on its own.” It is in the wider context of economic difficulty. The combination of international sanctions and falling oil prices has cost Russia 1.5 percent of its GDP, according to a former finance minister. Real income is declining for the first time since 2000.

The cost can be borne in the short-term. But Putin is facing a long-term burden, given that the Assad regime and foreign allies are unlikely to vanquish the opposition rebels completely and possibly not even the Islamic State.

The only way out of Russia’s dilemma is to offer the prospect of a political resolution—but that in turn rests on a commitment for the departure of Assad and his closest advisers. The opposition rebel bloc will not settle for anything less.

Putin recognizes this. That is why he timed his announcement for the day that talks reopened in Geneva. That is why he declared: “Efficient work of our military has created conditions for the start of a peace process.”

That is why he made no mention of Assad in his statement on Monday.

The declaration of withdrawal is not a sudden declaration that Assad must go. That would give up some of Russia’s leverage in a political process where it has maneuvered Washington into a partnership. Instead—as he has done since October over the question of Assad’s future—Putin is buying a bit more time.

There will now be the show of “proximity talks” in Geneva, with U.N. envoy Staffan de Mistura shuttling between regime and opposition rebel delegations. Moscow can boost its public line of leadership in the fight against the Islamic State with airstrikes on the jihadists. It can be assured that rebels, not wanting to be blamed for any ceasefire violation, will not threaten the regime’s immediate survival.

Buying time has been Moscow’s approach in Syria since the start of the uprising since 2011. On three occasions, Russia and Iran have saved the Assad regime: in mid-2012, with the Syrian army on the point of collapse; in mid-2013, when Hezbollah intervened to check the rebels on the ground; and in September 2015 when it launched its decisive air campaign.

Putin has also gambled on the spur of important moments. In August 2013, Russia was concerned that the Assad regime’s miscalculation, launching chemical attacks near Damascus that killed more than 1,400 people, would bring decisive Western and Arab military intervention.

So Moscow came up with the idea of an alliance with Washington for Assad to hand over his chemical weapons stocks. That process was a bit of an illusion: the Syrian military has continued to use chemicals such as chlorine in its bombing. However, the tactical pay-off was not illusory—it aligned Russia in a partnership with the United States, rather than facing an ultimatum from Washington and its allies.

Two-and-a-half years later, the situation has changed—but the game is the same. Through his diplomatic and military steps, Putin continues to put Washington in a position of reacting to, rather than seizing the initiative.

Now he has done so again. The Russian “withdrawal” will not bring a strategic victory. It probably will not even save Assad. But it allows Moscow the space to consider its next move for a preferred political outcome—or even an acceptable state of tension if that outcome is impossible.