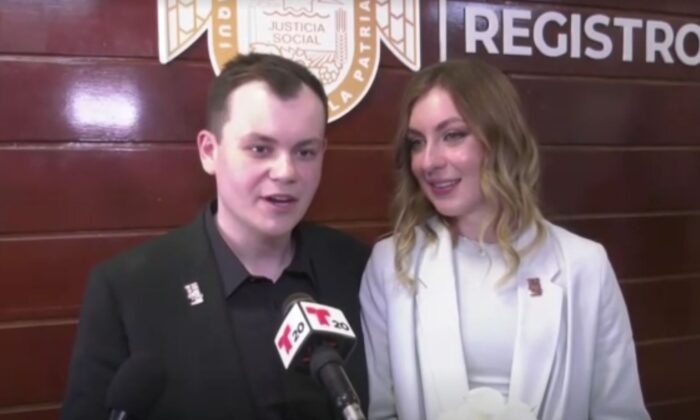 Russian Semen Bobrovski (L) and Ukrainian Darina Sakhniuk got married at the Civil Registry offices of the Tijuana City Hall in Tijuana, Mexico. (Reuters/Screenshot via The Epoch Times)
International

More than ten thousand kilometres away from their home countries, Russian Semen Bobrovski and Ukrainian Darina Sakhniuk got married at the Civil Registry offices of the Tijuana City Hall.

Before the Russian invasion, the couple lived in Ukraine and managed to leave the country and arrive in Tijuana a fortnight ago to apply for refugee status in the United States.

The US authorities only allowed Daria to enter the US as a refugee, as the Russian community has not been allowed to enter the country since the war began.

The only Russians allowed to enter the US are those who can prove with a document that they have family there.

Due to the restriction, the couple asked the municipal directorate of migrant services in Tijuana for support to get married.