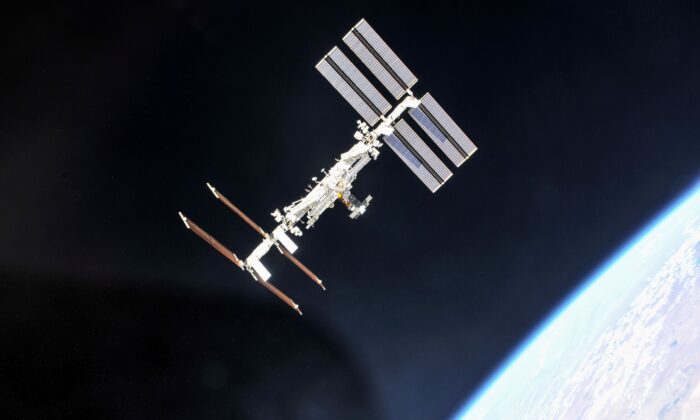 The International Space Station photographed by Expedition 56 crew members from a Soyuz spacecraft after undocking, on Oct. 4, 2018. (NASA/Roscosmos/Handout via Reuters)
Space

Dmitry Rogozin, the chief of Roscosmos, said in an April 30 interview with Rossiya-24 TV channel that the decision and timing of Russia ending its participation in the ISS have already been taken.

Rogozin noted that the agency doesn’t feel obligated to provide an exact date of its withdrawal, but confirmed it will warn partners on the space station within the stipulated one-year notice period.

“The decision has already been made, we are not obliged to speak about it publicly. I can only say one thing: in accordance with our obligations, we will warn our partners a year in advance about the end of work on the ISS,” he told the Russian state-owned TV channel.

In March, Rogozin announced in a storm of since-deleted posts on Twitter that Roscosmos would suspend all cooperation with international partners on joint projects like the ISS with NASA and the European Space Agency, citing Western economic sanctions imposed on Russia over its attack on Ukraine.

“I believe that the restoration of normal relations between partners in the International Space Station and other joint projects is possible only with the complete and unconditional lifting of illegal sanctions,” he said at the time.

Following Russia’s invasion of Ukraine, which the Kremlin calls a “special military operation” to disarm its neighbor and topple its government, Western allies imposed sweeping sanctions, including export bans on key technologies.

The ISS was launched in 1998 and NASA currently plans to keep it in operation through 2030. Rogozin said at a meeting with State Duma deputies colossal funds would be required to expand operations until 2030, otherwise “the station will fall apart,” TASS reported.

“This work will be largely related [to] our readiness to deploy the Russian Orbital Service Station … which will be multifunctional, work on it is already underway, the preliminary design is being developed by the Energia corporation,” Rogozin said at the meeting.

“When it is presented and protected, after that we will already begin to create this ‘smart iron’ and prepare its launch into space, the deployment of the station,” he added.

Last year, Russia already announced plans it wants to halt operations on the ISS, citing concerns about the station’s aging structure. Around the same time, Moscow claimed it is working on a new space station named the Russian Orbital Space Station, which is set to be operated entirely by Roscosmos.