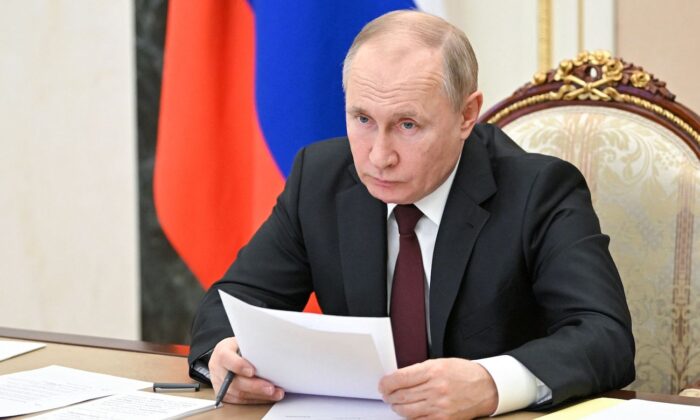 Leaders in the Russian Federation and the Islamic Republic of Iran are developing an alternative to the SWIFT system for messaging for international payments, according to a key Iranian diplomat in comments made on Thursday.

On the subject, Iranian ambassador to Russia Kazem Jalali told reporters, “We are making efforts in this direction,” according to the Russian RIA Novosti news agency.

SWIFT, an acronym for the Society for Worldwide Interbank Financial Telecommunication, is a system that allows for communication between financial institutions to facilitate international transfers of money.

After Russia’s invasion of Ukraine last month, the international community scrambled to cut off Russia from this system, hoping that so doing would strangulate the nation’s economy in retribution for the war. Several, though not all, Russian financial institutions were denied access to the SWIFT system in the ensuing weeks, effectively barring these banks from international transactions.

Since 2014, Russia has been developing its own alternative to the SWIFT system, called the Financial Message Transfer System (abbreviated SPFS from the Russian name). However, the SPFS faces a multitude of challenges: The system operates exclusively within Russia, making it ineffectual for international commerce in its present state, and charges significantly higher transaction fees than SWIFT.

In order to address these problems, Russia has hoped to expand SPFS to China, which would allow for a greater volume of commerce and expand the power of the system. Putative agreements have been reached to integrate the system in China, but efforts have resulted in little widespread use of the system.

Meanwhile, Iranian banks have had a choleric relationship to the SWIFT system since the country’s financial institutions were first ejected in 2012. Though some Iranian banks were readmitted in 2015 as per the Joint Comprehensive Plan of Action (informally known as the “Iran Nuclear Deal”), several were once again suspended in 2018 “in the interest of the stability and integrity of the wider global financial system,” according to SWIFT.

With the partial exclusion of both Russian and Iranian financial institutions from the SWIFT system, it is only natural that the two nations should seek to collaborate on an alternative. While neither country is in itself an economic powerhouse to rival the United States, an international financial communication system developed by the two could be significant as an alternative locus of power, independent from the United States and its economic power.