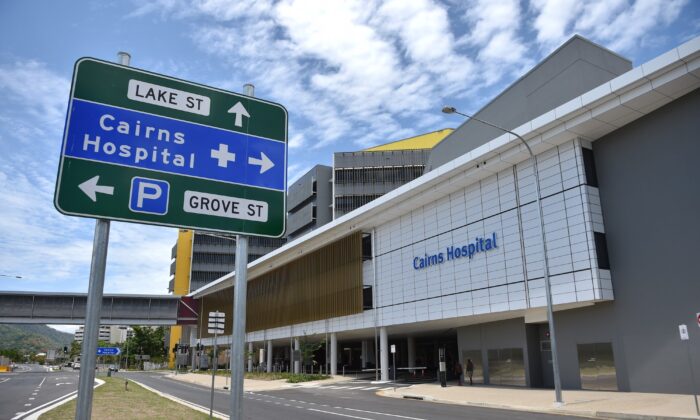 A serious respiratory illness called Respiratory Syncytial Virus (RSV) has seen a massive spike since the start of the year, affecting children across the Far North Queensland region.

Since Jan. 1, Queensland Health said the Cairns and Hinterland region had seen 182 presentations to the emergency room, compared to just 33 for the whole of last year and 27 for the whole of 2019.

Over 70 percent of the RSV cases have been found in children under the age of 10 between January and April.

Cairns Hospital clinical director of paediatrics, Dr. Neil Archer, said RSV was a common virus that generally caused a minor cold-like illness in older children and adults. Still, in younger children, it was a common cause of bronchiolitis.

“The symptoms of RSV may include a runny nose, cough, fever, sore throat, and headache, but in infants, they also may not feed as well, breath more quickly or with more effort,” he said.

“A person with RSV is normally infectious from when they start to show symptoms to 7-10 days after symptoms develop,” he said.
He said good hand hygiene and respiratory etiquette were important measures to prevent RSV.

“This includes washing hands regularly with soap and water after touching surfaces or after coughing or sneezing and covering the mouth and nose with an elbow when sneezing,” he said.

He said that people should already be practising good hygiene to prevent the spread of COVID-19, the disease caused by the CCP (Chinese Communist Party) virus.

Good hygiene also reduced the number of RSV cases during 2020, he said.

“It’s particularly important not to send your child to day-care if they are unwell to protect the other children,” he said.

Although this was frequently a mild illness, Archer said it could cause severe respiratory illness, particularly in infants under 3 months or in children who already had a significant medical diagnosis.

He said there were particular increases in RSV cases in settings such as childcare centres, as it was easy to transmit.

“We have been able to cope with the increased demand in the short term, but we are still asking for Far North Queenslanders to be mindful of the pressure on local health services.

“If you have an emergency, please come to the ED—that’s what it’s there for.

Mackie told ABC that RSV usually peaks in winter and said it was unusual to see a surge at the end of summer.

“It may be a consequence of the changing way that people are behaving over the winter and through into the summer because of COVID,” he said.