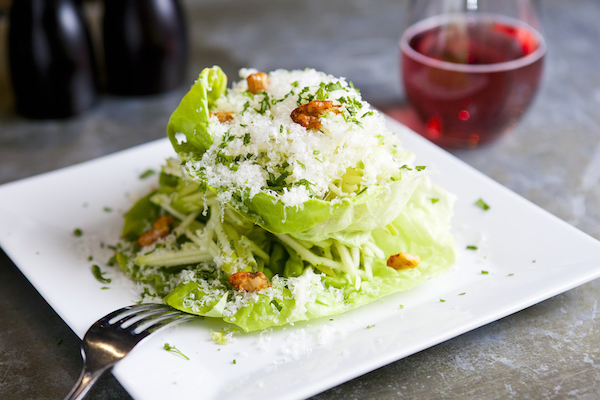 Romaine Is on the Menu at Some New York Delis Despite E.coli Warning

NEW YORK—Romaine lettuce still had a place at the salad bars of some cafes and delicatessens in New York City on Nov. 21 despite a blanket warning to Americans from U.S. public health officials that none of the lettuce was safe to eat because it might be contaminated by E.coli.

The warning, precipitated by an E.coli outbreak in 11 states and Canada, was issued on Nov. 20. Some shops said that romaine was still being sold because officials had not specified the source of potentially contaminated romaine, such as a farm or company.

“It’s up to the customers to choose to eat it or not,” said Alex Hwang, manager of Dali Market in midtown Manhattan. “Whatever we have, it’s the same thing we had yesterday. They ate it, and we had no issues with it.”

The U.S. Centers for Disease Control and Prevention (CDC) said on Nov. 20 that 32 people in 11 states had been sickened by E.coli between Oct. 8 and 31.

The Public Health Agency of Canada issued food safety alerts on Nov. 20 urging consumers to throw out romaine and sanitize shelves where it had been stored while authorities sought to identify the source.

“To protect consumers from this foodborne outbreak, we are urging New York families, retailers, grocers, and restaurants to adhere to the warning and pull any romaine lettuce from their shelves and menus,” New York’s Department of Agriculture and Markets Commissioner Richard A. Ball said in a statement on Nov. 20. Two of those infected are in New York.

The New York City Department of Health said on Nov. 21 that it was alerting restaurants during regular inspections about the advisory and reaching out to industry trade groups to spread the word.

On Nov. 21, Reuters visited nine independently owned delis and cafes in midtown Manhattan, where salad bar lines at lunchtime are typically long. All but one were selling romaine lettuce, some of which had been delivered on Nov. 21.

“No one came by and told us. We didn’t know,” Irivia Spivey, a salad tosser at Mamaroo, a Korean cafe, said as her manager stood by.

Moe Eli, the deli manager at a shop called Carve, said that the business’ food distributor Sysco had told them on Nov. 20 about the recall. He said he had stopped accepting new deliveries of romaine but was still selling romaine received before the warning. “We’re selling the old ones. Sysco knows,” Eli said.

Sysco spokeswoman Camilla Zuckero said the company had no comment.

On Nov. 21, Scott Gottlieb, head of the U.S. Food and Drug Administration told NBC News that the lettuce that caused the E.coli infection may have come from California.

CDC spokeswoman Candice Burns underscored in an email to Reuters that the agency “provides public warnings so that people can take action to protect their health,” but it is not a regulatory body.

A sample by Reuters of 12 grocers and supermarkets in Chicago, Detroit, and Denver found that romaine had been removed from their shelves.

“As soon as I heard on the news yesterday, I threw everything in the trash that had romaine lettuce—salads, romaine itself,” said Mike Fisayo, manager of Chicago’s South Loop Market.

Large chain grocers like Whole Foods Market, owned by Amazon, and nationwide salad retailers such as Chopt and Fresh & Co told Reuters that they had stopped selling romaine as soon as the warning was issued.