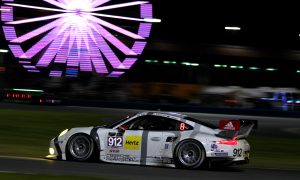 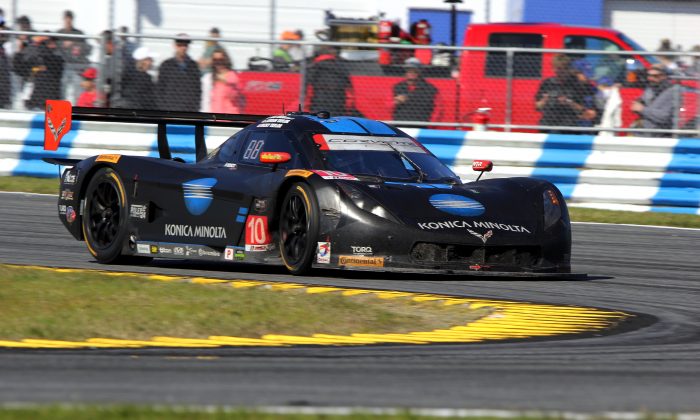 Teams are getting ready for the final 45-minute stint. The final drivers have been chosen; the engineers have calculated tire pressures and compounds. Strategists have counted backwards to figure the best time to pit—an early stop? A late stop, risking getting caught by a late yellow? A very early stop and a splash-and-go late in the race?

Every pit stop matters. The #25 BMW took the lead during its last pit stop, its crew getting it out faster than the #3 Corvette. Often the difference between the top and second step of the podium is measured in thousandths of a second.

Two hours is not an insignificant amount of time. The #01 Ganassi Riley-Ford found that out, when the clutch stopped working with two hours to go. The #60 Shank Racing Ligier-Honda realized when it had to head behind the wall in the final couple hours.

Every team running strong now could be watching from the sidelines when the race ends.

Max Angelelli still leads from the #02 Ganassi Riley-Ford EcoBoost and the #5 Action Express Coyote-Corvette—the car which has had the least dramatic race.

In GTD the lead has swapped back and forth between the Riley Viper and the Alex Job Racing Porsche. Either team could win—or they could collide and the Scuderia Corse Ferrari could win from two laps down.

Even Prototype Challenge, which seemed to be signed and sealed for Core Autosport, is now a contest, as the PR1-Mathiason car is only a lap behind.

The rest of the race is live on Fox Sports 1. Watch.

You won’t be disappointed.