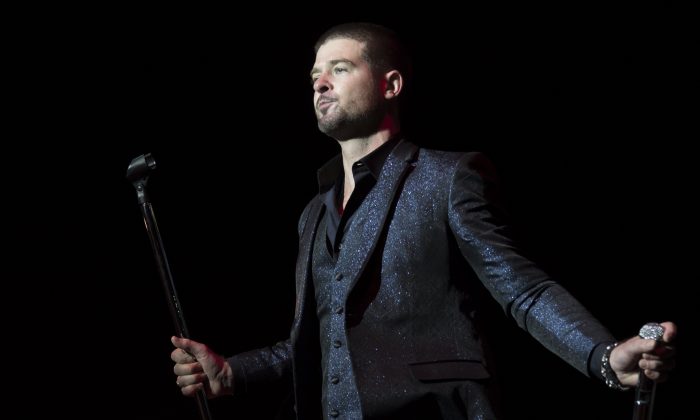 Robin Thicke and Paula Patton are divorced and it appears that Thicke has found a new woman for now.

Thicke has kept things on the down low but his new love interest, 19-year-old model April Love Geary, has done the opposite.

Geary, who is with top agency IMG, uploaded a picture of herself enjoying coffee in a huge bedroom last month.

She didn’t say where she was or who she was with but people noticed that the inside of the room seem to match perfectly with the Los Angeles property that Thicke once shared with Patton.

Another picture seemed to confirm that Geary was inside Thicke’s home. Both pictures were later deleted.

Thicke and Geary have also been spotted hanging out several times recently, including at Leonardo DiCaprio’s 40th birthday party. Thicke was also seen picking Geary up in Beverly Hills at a different time.

TMZ also published pictures that show Thicke and Geary with Thicke’s son Julian at the USC-UCLA game on Saturday night.

Geary has utilized Instagram before, telling the blog CLP Nation that she was found as a model through the social media service.

“They found me on Instagram! I have my email under my bio just in case little jobs want to use me. I was surprised… when I got the email from asking me to shoot their 2014 spring swim line,” she said.

“It was probably one of my favorite jobs I’ve done. TK Anderson, the photographer, was one of the best I’ve worked with so that made the job twenty times better.”