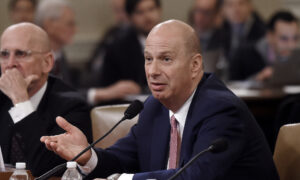 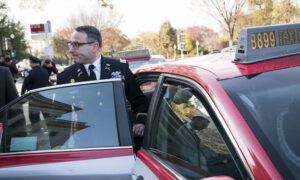 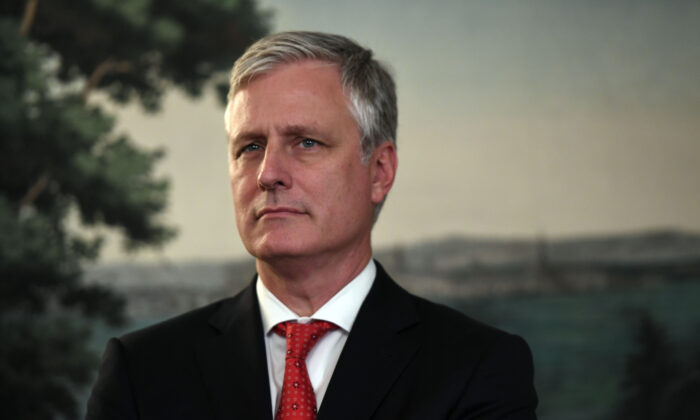 More cuts are coming at the National Security Council as part of an effort to make the council more efficient and to ensure that staffers are dedicated to carrying out policies chosen by President Donald Trump, national security adviser Robert O’Brien says.

O’Brien said during a Feb. 11 Atlantic Council discussion that officials are bringing the council “back to a manageable size,” one of his top priorities since taking office in September 2019.

The “right-sizing” of the council, which is almost complete, would take the total number of staffers from 175 to 110 by the end of February, he said. The downsizing would target “the bloat and inefficiency that can sometimes creep in.” Some of the cuts would be completed by the end of this week, he said.

The Vindmans, who served in their details for more than a year, “weren’t fired,” O’Brien said, echoing previous comments from White House counselor Kellyanne Conway.

“Their services were no longer needed,” he said. The removals weren’t retaliation for the testimony during the impeachment efforts, and Trump didn’t tell officials to remove the Vindmans. O’Brien said the decision was solely his own.

“It’s really a privilege to work in the White House. It’s not a right,” O’Brien added. “At the end of the day, the president is entitled to staffers that want to execute his policy, that he has confidence in, and I think every president’s entitled to that.

“We’re not a banana republic where a group of lieutenant colonels get together and decide what the policy is or should be,” he said.

The reorganization is consistent with the “Scowcroft model” used by Brent Scowcroft, who served as national security adviser for Presidents Gerald Ford and George H.W. Bush, according to O’Brien. The model emphasizes that the national security adviser shouldn’t “be an advocate for one policy or another.” Instead, the adviser should “ensure that the president is well served by the Cabinet, departments, and agencies in obtaining counsel and formulating his policies.”

The policies are then decided on by the president and the adviser makes sure they’re carried out.

Most of the staff on the council actually work for other departments and agencies and are part of the council for a certain length of time. O’Brien suggested that some might not be serving in the way that top officials think they should.

“When they come to the White House, they serve as the president’s personal staff and it is our view that while they are at the National Security Council, they should not represent the views of their parent agencies or departments,” he said. “They’re not there as liaison officers, and they certainly shouldn’t represent their own personal views.

Bringing the number of staffers down to 110 would be closer to the council’s size during the George W. Bush administration. There were some 240 policy professionals during the Obama administration and more than 175 when O’Brien replaced John Bolton. If the group is too large, it doesn’t effectively serve the president, O’Brien said.