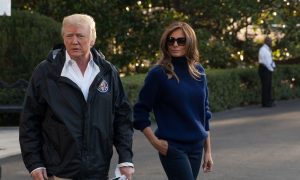 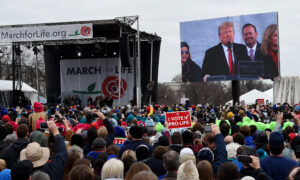 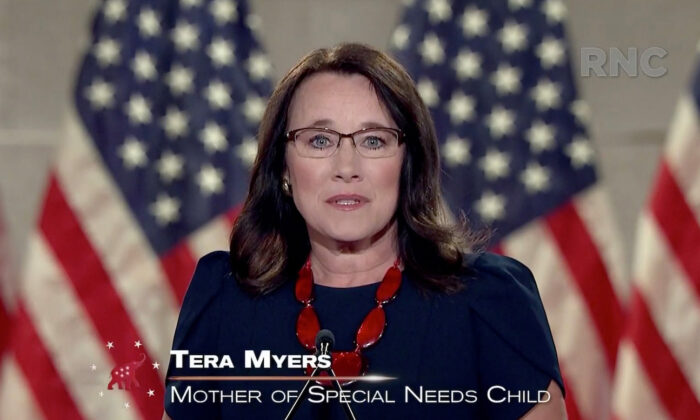 Two speakers on the third night of the Republican National Convention praised President Donald Trump for his pro-life and pro-school choice policies.

Tera Myers, a mother of a special needs child, praised the president for his administration’s pro-life stance, describing how her doctor had encouraged her to terminate the pregnancy of her son Samuel after early tests revealed that he had Down Syndrome.

“Before Samuel was even born, I was told his life wouldn’t be worth living,” she said, recounting how her doctor had told her that if she did not terminate the pregnancy, she would be burdening her life, her family, and her community.

“I knew my baby was a human being created by God and that made him worthy of life,” Myers said. “I am thankful that President Trump values the life of the unborn.”

Sister Deirdre “Dede” Byrne, a Washington nun who is also a surgeon and retired U.S. Army officer, praised the president as “the most pro-life President that this nation has ever had, defending life at all stages.”

“While we tend to think of the marginalized as living beyond our borders, the truth is, the largest marginalized group in the world can be found in the United States. They are the unborn,” the nun of Little Workers of the Sacred Hearts of Jesus and Mary told Americans in her convention remarks.

“As followers of Christ, we are called to stand up for life and against the politically correct or fashionable today,” she said. “We must fight against a legislative agenda that supports and even celebrates destroying life in the womb.

“In fact, the laws we create define how we see our humanity. And we must ask ourselves, what are we saying when we go into a womb and snuff out an insignificant, powerless, voiceless life.

“As a physician, I can say unequivocally life begins at conception,” she said, adding that Trump’s “belief in the sanctity of life transcends politics.”

“President Trump will stand up against Biden/Harris, who are the most anti-life presidential ticket ever, even supporting the horrors of late-term abortion and infanticide,” she continued. “Because of his courage and conviction, President Trump has earned the support of America’s pro-life community. Moreover, he has a nationwide army of religious standing behind him.”

Trump earlier this year became the first president to attend a “March for Life” Pro-Life Rally.

“When we see the image of a baby in the womb, we glimpse the majesty of God’s creation,” Trump said at the time, adding that “unborn children have never had a stronger defender in the White House.”

The Epoch Times has reached out to the Biden campaign for comment.

School choice emerged as one of the issues highlighted by six speakers on the first night of the Republican convention, suggesting that it may become a key policy promoted by Trump’s reelection campaign.

She recounted how when her son was younger, she was told, in her words, “this is all you get, like it or not,” when inquiring at a school about functional learning.

“I did not like it. One size did not fit all,” Byrne said. “So I helped fight to pass legislation in Ohio for a special needs scholarship, so that all students could choose the right program for their needs. I worked to start a new functional learning program at our local private school. Finally, Samuel had an appropriate place to learn.”

Myers noted how her son shared his views about school choice at a recent White House roundtable, saying, “School Choice helped my dreams come true. My school taught me the way I learn best and I was able to fit in. I made many friends and became a part of my community. My teachers helped me become the best I can be.”

Myers recounted of Trump’s feedback to her 25-year-old son. “President Trump shook my hand and said ‘Wonderful job Mom, your son is amazing.’ Unlike the doctor who told me to end Samuel’s life before it even began, President Trump did not dismiss my son. He showed Samuel he valued him and was proud of what he accomplished.”

“Tonight, I would like to extend my thanks to President Trump and his administration for their work towards making every student’s dream of a meaningful education a reality, and for fighting to ensure every child in America has an equal seat at the table of Education Freedom, and an equal opportunity in life,” she said.

Mike Pence, in an acceptance speech for the vice presidential nomination late Wednesday, said that Trump “believes that every parent should have the right to choose where their children go to school regardless of their income or area code.”