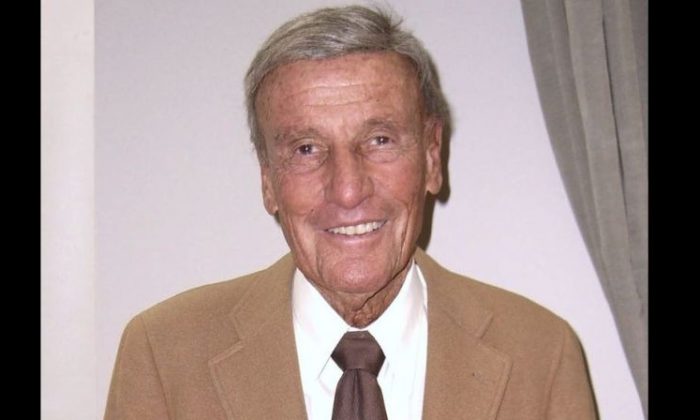 Richard Anderson, an actor who played in the “The Six Million Dollar Man,” has died of natural causes, according to reports. He was 91.

He played Oscar Goldman on the show and was the boss of Lee Majors’s character Lee Austin.

“Richard became a dear and loyal friend, and I have never met a man like him,” Majors said in a statement Thursday, Aug. 31, Fox News reported.

“I called him ‘Old Money.’ His always stylish attire, his class, calmness, and knowledge never faltered in his 91 years,” Majors said, adding that he was “still the sweet charming man.” The two spoke several weeks ago, Majors said.

“He loved his daughters, tennis, and his work as an actor,” he said.

On TV, he appeared in “The Virginian,” “The Rifleman,” “Mission: Impossible,” “Ironside,” and “Knight Rider.” He also appeared in “Dynasty” and “Murder She Wrote.”

Anderson was born in Long Branch, New Jersey, on Aug. 8, 1926 and then moved to Los Angeles. He spent two years in the Army, and began studying as an actor, AP reported.

A funeral service will be private, his family told Fox.