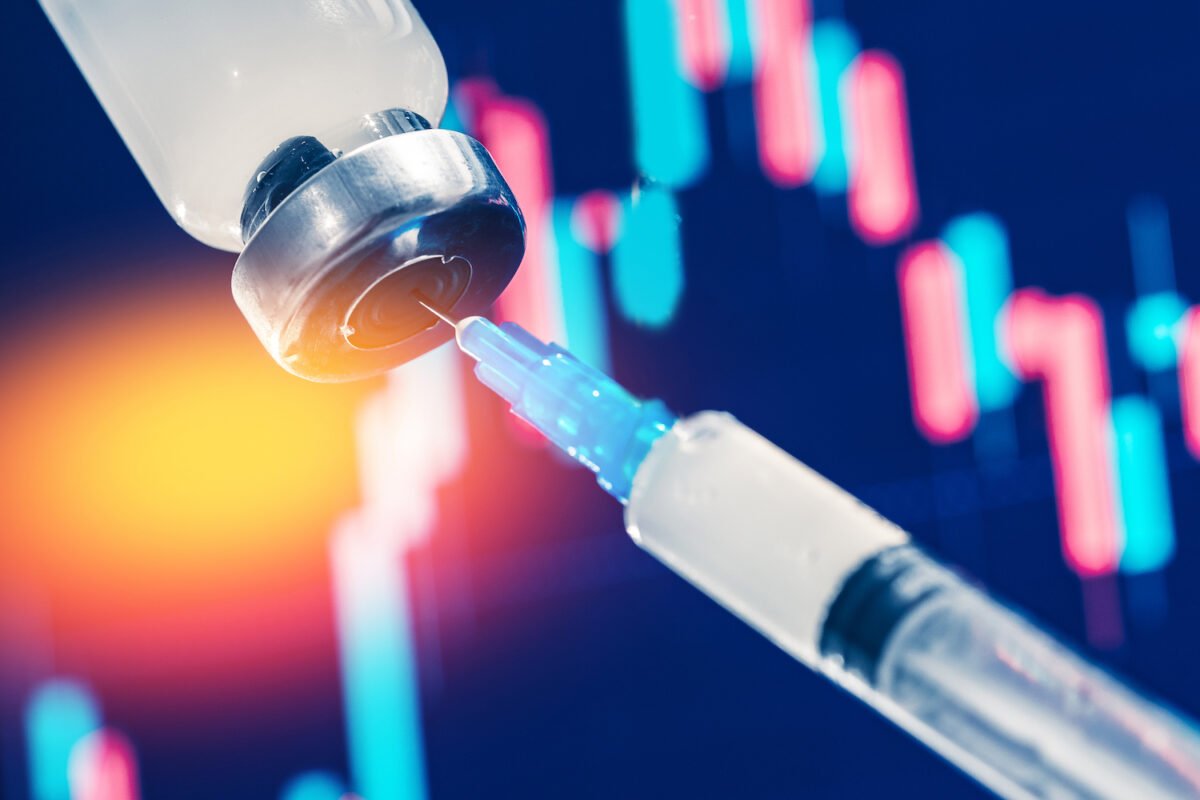 Dr. Robert Jackson has been a physician for 35 years. In his practice, there are more than 5,000 patients, about 3,000 of whom got vaccinated with COVID-19 vaccines.

What makes him unusual is that he is not afraid to speak out about what he is seeing in his patients. This is because he’s too valuable to fire.

Jackson said never in his career has he seen anything like what he’s seeing now: 40 percent of his vaccinated patients reported a vaccine injury, and 5 percent are still injured.

Nobody can argue his numbers are anecdotes because they were confirmed in the EULAR database and published in the BMJ: 37 percent had adverse events and 4.4 percent of patients had a flare-up of their disease after vaccination.

Also, he’s had 12 patients die following the jab. Normally in his patient base, he’ll see one or two deaths a year.

So if there is a question of whether all-cause mortality goes up or down after the jabs rolled out, his numbers make it crystal clear.

This is aggregated data from dozens of doctors in his practice: a .33 percent excess mortality rate among his patients after the vaccines rolled out (i.e., the vaccines likely killed 1 in 300 people in his patient base).

However, this is likely an undercount because he’s not the primary care physician.

This suggests a kill rate many times higher than the .2 percent we estimated from the Vaccine Adverse Event Reporting System, or VAERS.

However, these are deaths in rheumatology patients, so this may account for the higher estimate. But we are in the same ballpark as the death estimate from VAERS.

Of course, there COULD be an “unknown” thing that killed all these people. It would have to be massive and injected into all these patients to cause the symptoms observed. Wonder what else fits that description? Nobody will tell us.

Naturally, the Centers for Disease Control and Prevention (CDC) doesn’t want you to know any of this and they would prefer it if you didn’t watch the video.

Jackson said about 5 percent of his patients developed a new condition that makes them susceptible to blood clotting. He notes that their observations about the increased rates of side effects have been confirmed in the literature.

This is available for use by anyone. It can be used on hospitalized patients and long-haulers.

Here is a comment made on my Substack page from A Midwestern Doctor:

There are five important points to consider with this video, some of which may not be evident to people who do not work in this field:

I believe the primary reason Jackson has such a high rate of adverse reactions in his practice is that he asks his patients what happened to them following vaccination — something most doctors don’t do. As a result, he “catches” reactions most doctors would not catch.

For example, pre-exacerbation of an existing autoimmune condition was a common side effect found in the recent Israeli study of individuals receiving the booster.

However, these patients were excluded from the initial vaccine trials. People at risk of negative effects are rarely studied in clinical trials the companies don’t want to increase the adverse event rates.

This is particularly insidious here because autoimmune patients are typically the No. 1 group recommended for getting vaccinated on the premise that they are “immune-suppressed” and hence need the extra protection.

The only way he can sort of catch it is if he remembers a patient who was scheduled for follow-up but doesn’t show up for 6 months and then thinks to check if they are still alive … and at that point, it’s difficult to figure out the temporal correlation with vaccination.

If he was their PCP he’d see a much higher rate.

This explains why Jackson goes to so many hospitals in a wide area. This gives him a lot of wiggle-room other doctors don’t have since he does not have a central employer, and each of the eight hospitals that subcontract to him cannot afford to lose him.

Hence there is no corporate that can force him to vaccinate or censor his speech. Very few doctors are in this situation.

This provides an alternative mechanism to explain why so many blood clots are occurring and why Jackson is so concerned with screening his patients for this disorder.

I have had a few patients with COVID-19 for whom treatment with exosomes that exosomes were tremendously helpful for, but since they are costly, I’ve used them only on extremely ill people who tried home treatment and who I expected to be hospitalized and then die.

One of my colleagues has treated a larger number of very ill patients pre-hospitalization and had the same result, along with many post-hospitalization who had long-haul COVID-19 who had immediate recoveries.

I’ve looked at a lot of therapies. I believe exosomes are the most helpful, but there are cheaper ones that often help a great deal, so I’m more conservative with the exosomes due to trying to be price-conscious for my patients.

If the vaccines are safe and effective, this video is impossible to explain. A 1 in 300 death rate for a vaccine that doesn’t kill anyone? Someone is lying to you.