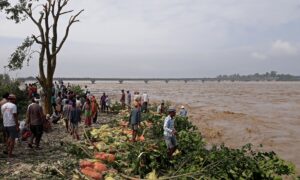 Reynald Lim, Brother of Janet Napoles, Still at Large After She Surrenders to President Aquino

There’s a 10 million Philippine peso reward for Lim, according to Mav Gonzales, a reporter with GMA News.

Napoles is a businesswoman who is accused of working with several elected officials in embezzling billions of Philippine pesos for their own gain.

Lim is believed to have been involved in the scheme. National Bureau of Investigation agents have sought the arrests of both of them over the last few weeks.

On August 28, Napoles surrendered to the president, reportedly fearing for her safety and saying her only condition was her safety.

There isn’t any indication of where Lim is at the moment.