Reverse Insulin Resistance With These 8 Foods 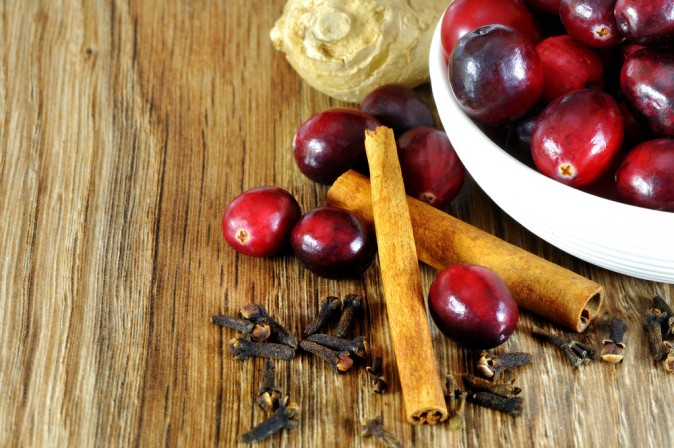 Over 80 million Americans have insulin resistance which can lead to diabetes.  And you could be on the road to diabetes for 10 years or more and never even know it.  Here’s what happens.

Herbs, spices, and foods are your first line of defense.  Here are eight that can help restore and maintain your cells’ sensitivity to insulin.

A 2009 study found curcumin, an active compound found in turmeric, was 500 to 100,000 times more effective than the prescription drug Metformin at activating glucose uptake.

In another study of 240 pre-diabetic adults, patients were given either 250 milligrams of curcumin or a placebo every day.  After nine months, NONE of those taking curcumin developed diabetes but 16.4 percent of the placebo group did. In other words, curcumin was 100 percent effective at preventing Type 2 diabetes.

In a randomized, double-blind, placebo-controlled trial 88 diabetics were divided into two groups. Every day one group received a placebo while the other received 3 one-gram capsules of ginger powder.  After eight weeks, the ginger group reduced their fasting blood sugar by 10.5 percent. But the placebo group increased their fasting blood sugar by 21 percent. In addition, insulin sensitivity increased significantly more in the ginger group.

In another study, researchers proved that 1600 mg per day of ginger improves eight markers of diabetes including insulin sensitivity.

Many other studies prove the value of ginger for diabetes. For a complete list of studies visit Green Med Info’s page on Ginger Health Benefits.

3. Cinnamon: Less Than Half a Teaspoon A Day Reduces Blood Sugar Levels

Cinnamon is one of the oldest spices and most popular spices. It’s been used for millennia both for its flavoring and medicinal qualities.

Cinnamon has been shown to normalize blood sugar levels in Type 2 diabetics by improving the ability to respond to insulin.  A meta-analysis of eight clinical studies shows that cinnamon or cinnamon extracts lower fasting blood glucose levels.

Cinnamon works in part by slowing the rate at which the stomach empties after eating.  In one study subjects ate about a cup of rice pudding with and without about a teaspoon of cinnamon. Adding the cinnamon slowed the rate the stomach emptied from 37 to 34.5 percent and significantly slowed the rise in blood sugar levels. Even less than half of a teaspoon a day reduces blood sugar levels in Type 2 diabetics.

In a randomized, double-blinded, placebo-controlled study, 46 overweight men were divided into two groups. One group received capsules containing olive leaf extract and the other group received a placebo. After 12 weeks, olive leaf extract lowered insulin resistance by an average of 15 percent. It also increased the productivity of the insulin-producing cells in the pancreas by 28 percent.

Studies show the body needs less insulin for sugar balance after a meal if berries are also eaten.  In a study of healthy women in Finland, subjects were asked to eat white and rye bread with or without a selection of different pureed berries. Starch in the bread alone spikes after-meal glucose levels. But the researchers found that adding berries to the bread significantly reduced the after-meal insulin spike.

In a study of 94 diabetic patients, researchers prescribed either 1, 2, or 3 grams a day of Nigella sativa capsules. They found that at the dose of two grams per day, black seed significantly reduced fasting blood glucose and insulin resistance. The higher dose of three grams per day did not result in additional benefits.

Black seed has been treasured for thousands of years for its healing properties. It is sometimes referred to as Roman coriander, black sesame, black cumin, and black caraway. It’s been called the remedy for everything but death.

In a randomized study of insulin-resistant patients, researchers compared the power of spirulina and soy to control insulin levels. They assigned 17 patients to receive 19 grams of spirulina a day. The other 16 patients received 19 grams of soy. After eight weeks the spirulina group on average increased their insulin sensitivity by 224.7 percent while the soy group increased their insulin sensitivity by 60 percent.

Berberine is a bitter compound found in the roots of several plants including goldenseal, barberry, and Oregon grape.  Studies prove it’s just as good as prescription diabetes drugs.

In the same study, researchers gave berberine to 48 diabetics for three months. After only one week, berberine lowered both fasting and post-meal blood glucose levels.  In addition, their insulin resistance dropped by 45 percent.

Other researchers conducted a meta-analysis of 14 studies involving 1,068 participants. They found berberine performed just as well as metformin, glipizide, and rosiglitazone. These are three of the top diabetes drugs on the market. And berberine has no serious side effects.

*Images of “cinnamon, cranberries and ginger“, “turmeric” and “berries”  via Shutterstock

Margie King
Margie King is a graduate of the Institute for Integrative Nutrition®. A Wharton M.B.A. and corporate attorney for 20 years, she left the world of business to pursue her passion for all things nutritious. Margie is the author of Nourishing Menopause: The Whole Food Guide to Balancing Your Hormones Naturally. She is also a professional copywriter and natural health, beauty and nutrition writer. To contact Margie, visit www.IntegrativeMenopause.com.
Website
SHARE
Friends Read FreeCopyFacebookTweet
SHARE
Friends Read FreeCopyFacebookTweet
You May Also Like