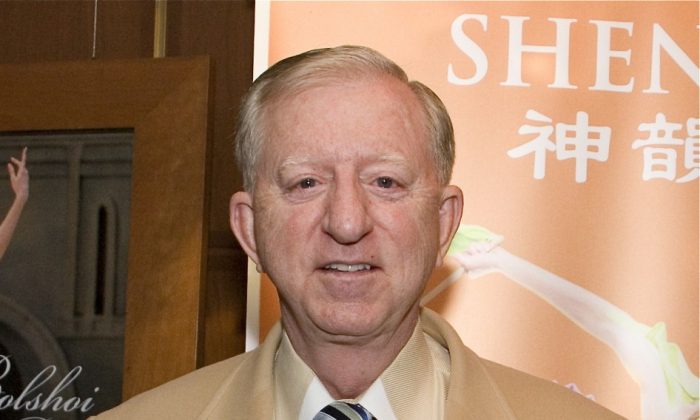 “Shen Yun presents colorful and exhilarating performances of classical Chinese dance and music. A performance by Shen Yun is a presentation of traditional Chinese culture as it once was: a study in grace, wisdom, and the virtues distilled from the five millennia of Chinese civilization,” states the website.

One dance that stood out to Mr. Coburn, Joyful Little Monks, has apprentice monks cleaning up a secluded monastery, with some of the aforementioned movements and techniques, and humor, included.

“They just seemed to me they were so good,” Mr. Coburn said. “They were very, very good and I liked that part of it.”

“So much precision. So much practice required. So athletic. And I don’t know how they do it. They’re so graceful, so strong,” said Mr. Coburn.