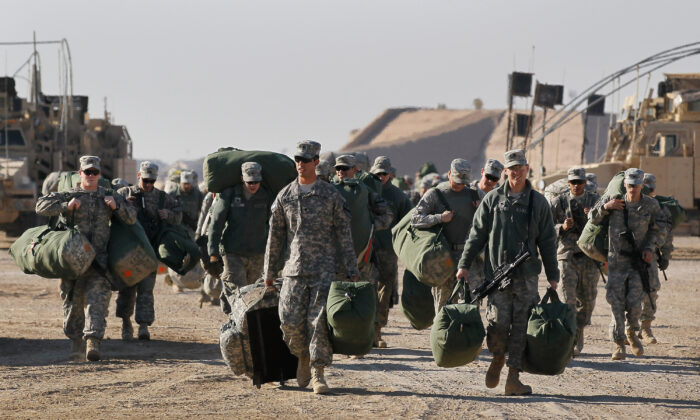 A retired Marine general spoke out about critical race theory training in the armed forces, arguing that the Marxist ideology will ultimately weaken the U.S.’s military capability.

“Wars must be waged only with stone-cold pragmatism, not idealism, and fought only when critical national interests are at stake,” he wrote. “Hopes for changing cultures to fit our model are both elitist and naive. The failures of our campaigns in Iraq and especially in Afghanistan confirm this.”

“A military force’s greatest strengths are cohesion and discipline,” said Newbold, who retired in 2002. “Individuality or group identity is corrosive and a centrifugal force. Indeed, the military wears uniforms because uniformity is essential.”

“The tenets of Critical Race Theory—a cross-disciplinary intellectual and social movement that seeks to examine the intersection of race and law in the United States, but which has the unfortunate effect of dividing people along racial lines—undermine our military’s unity and diminish our warfighting capabilities.”

If military leaders focus on differences and group identity, he added, it undermines “cohesion and morale.” After that, “failure results,” the retired general said.

“Values that are admirable in civilian society—sensitivity, individuality, compassion, and tolerance for the less capable—are often antithetical to the traits that deter a potential enemy and win the wars that must be fought: Conformity, discipline, unity,” Newbold said.

Last year, Gen. Mark Milley, the chairman of the Joint Chiefs of Staff, suggested that critical race theory is being taught to cadets.

“I want to understand white rage, and I’m white,” Milley said during a contentious House Armed Services Committee exchange in June. “I personally find it offensive that we are accusing the United States military general officers, commissioned [and] noncommissioned officers, of being ‘woke’ or something else because we’re studying some theories that are out there. I’ve read Karl Marx. I’ve read Lenin. That doesn’t make me a communist.”

“We’ve received hundreds of whistleblower complaints about critical race theory being pushed on our soldiers,” Cotton said in a statement last year. “The problem is real—and worse than we thought.”