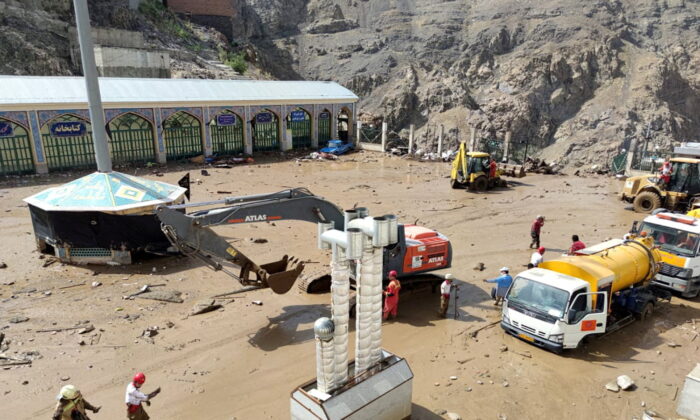 Rescuers searched overflowing rivers and through piles of debris on Friday to try to find people missing after landslides and floods triggered by heavy rains in Iran, officials said.

Mehdi Valipour, head of emergency operations at Iran’s Red Crescent Society, told state TV that 100 towns and 300 villages in 18 of Iran’s 31 provinces had been affected by floods in the past days. Most of the country’s highways were closed.

He said around 16 people were missing.

Floods continued to ravage the northern areas of Tehran Province on Friday, he said, adding that despite repeated warnings, trekkers were still heading toward Firouz Kooh.

The town of Firouz Kooh, about 140 km (90 miles) from Tehran, is a favorite retreat for vacationers because of its cool summer temperatures. The area’s lush trails are also popular with trekkers.

State media said at least eight people died on Thursday in a landslide caused by floods in the village of Imamzadeh Davood in northwestern Tehran. As many as 14 people were reported missing.