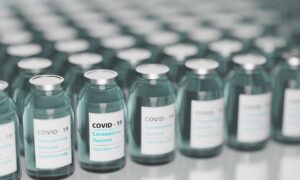 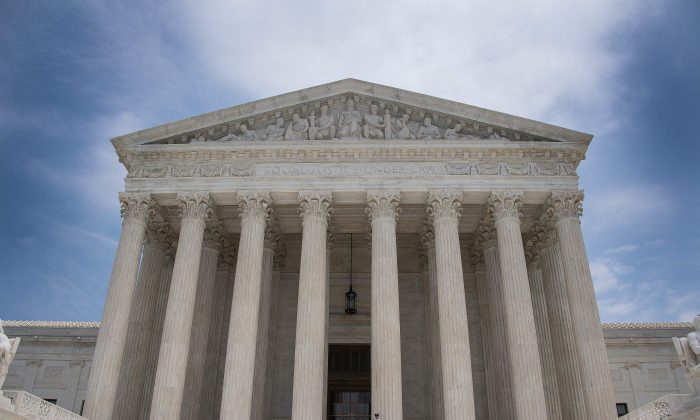 A police officer stands guard on the steps of the US Supreme Court in Washington, DC on June 15, 2017. (JIM WATSON/AFP/Getty Images)
Viewpoints

Republicans Have Never ‘Borked’ a Nominee to the Supreme Court

Democrats have done it 3 times now

The talking point du jour among the Republican Elite Smart Set (TM) is that it’s time for Judge Brett Kavanaugh to “do the right thing” and withdraw his nomination to the Supreme Court.

I just finished reading some dreary drivel from several political commentators who attempted to claim that “both sides” have turned the nomination process into a circus.

This is flatly false.

The thinking by these gutless commentators goes something like this: The Democrats have gone so low, their tantrums are becoming so loud and prolonged, the only thing to do is give in and give them what they want by withdrawing Kavanaugh and nominating someone else, so that we may again have this elusive thing called “bi-partisanship.”

“The well has been poisoned too much,” these people insist. “We should all agree that if Kavanaugh went to the Supreme Court now, all his opinions would be tainted, so it’d be best to just have him withdraw and start the process over again.”

The only thing a Kavanaugh withdrawal would demonstrate at this point is that it would show Democrats that these deplorable tactics work, and they must now double down. The next Trump nominee, whoever it might be, would get these same tactics, only worse. The Democrats have made their bad faith in these proceedings so abundantly clear that any attempt to compromise with their leadership is both foolish and stupid.

The epitome of this kind of stupid thinking that I am talking about is Senator Jeff Flake (R-Ariz.) who, after a month of watching the Democrats bad-faith efforts to subvert the entire nomination process, told reporters he was worried there wasn’t enough effort by Republicans to “reach across the aisle” and work with the Democrats to find a compromise.

Ponder that for a second. Even after Sen. Dianne Feinstein (D-Calif.) held back Christine Blasey Ford’s letter for 60 days and then leaked it to the media, Flake is worried that the GOP looks bad for not bending over backward to work with these ruthless partisans.

Republicans have rigorously followed Senate rules and the honored the decorum of the nomination process. And this is despite the fact the Democrats have repeatedly engaged in vitriolic character assassinations of GOP nominees to the Court.

There’s actually a term to describe the deliberate character assassination of a judicial nominee. It’s been used several times in recent weeks in the Kavanaugh hearings: “borking.”

The term comes from the 1987 confirmation hearings of Judge Robert Bork, who was nominated to the Supreme Court by President Ronald Reagan. Because Bork was, at that time, probably the most qualified judge to ever be nominated for the high court,  Democrats launched an orchestrated campaign to stop his nomination by attacking his character.

The term “to bork'” as a verb actually appears in the Merriam-Webster dictionary: “to attack or defeat (a nominee or candidate for public office) unfairly through an organized campaign of harsh public criticism or vilification.”

By the time Clarence Thomas was nominated to the court in 1991, “to bork” was a term already in popular usage.

At a National Organization for Women conference held in 1991, feminist activist Florynce Kennedy said: “We’re going to bork him. We’re going to kill him politically. … This little creep, where did he come from?”

Many people thought the spectacle that Democrats turned Thomas’s nomination hearing into was as bad as it could get. The present Kavanaugh fiasco, engineered solely by desperate Democrats, has shown the entire country just how much worse one party can make this by deliberately subverting both the Senate’s rules and the nomination process.

Let’s be clear: The GOP has never borked a Democratic nominee to the Supreme Court. Objections to Democratic nominees were made based on their judicial record, not upon wild, far-fetched accusations of personal misconduct, produced only when all other avenues failed.

There was no attempt whatsoever by the GOP to bork either Sonia Sotomayor or Elena Kagan, President Barack Obama’s first two picks for the top court. Both of those nominees sailed through with hardly a ripple.

When the Senate didn’t give Obama’s last Supreme Court nominee Merrick Garland a vote, it followed established Senate rules when it did so. It didn’t violate any rule or process for court nominations. The Republican senators certainly didn’t try any 11th-hour character assassination of Garland in an attempt to keep him off the Supreme Court.

So while the Republicans have adhered to the rules, and followed and respected the nomination process, Democrats have violated both the spirit and the letter of both the rules and the process three times—against Bork, Thomas, and now Kavanaugh.

So enough of this stupid “both sides are responsible for this circus” blather. Only one side has been tirelessly and relentlessly working to poison the well here.

Everyone knows which side it is.