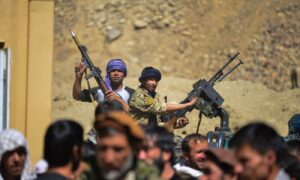 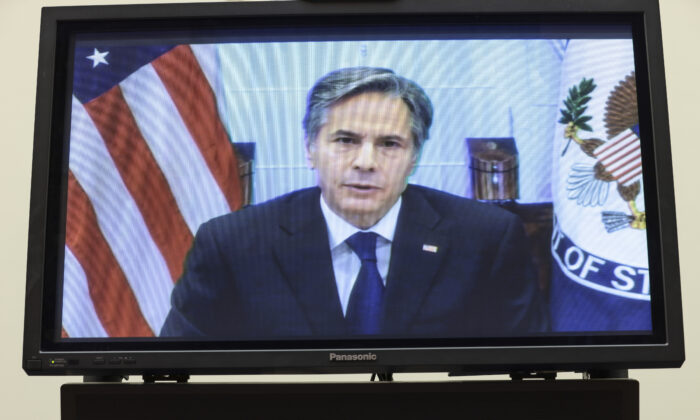 During a Monday hearing of the House Foreign Affairs Committee, accusations flew from partisans on both sides of the political aisle. Democrats, hoping to defend President Joe Biden’s unpopular handling of the withdrawal, blamed the Trump administration for the catastrophe. Republicans, riding the wave of increased apprehension toward Biden after the fiasco, went on the offensive, blaming Biden and Secretary of State Antony Blinken for their handling of the situation.

Rep. Gregory Meeks (D-N.Y.), the chairman of the committee, said in his opening statement that “disentangling ourselves from the war in Afghanistan was never going to be easy.”

He continued: “And for my friends who presume a clean solution for the withdrawal existed, I would welcome hearing what exactly a smooth withdrawal from a messy, chaotic, 20-year war looks like. In fact, I’ve yet to hear the clean withdrawal option, because I don’t believe one exists.”

Meeks accused Biden’s critics, who have come from both major parties since the fall of Afghanistan, of “inject[ing] domestic politics into foreign policy.”

Starting a trend continued throughout the meeting by his Democratic colleagues, Meeks shifted the blame to former President Donald Trump, referencing a 2020 deal that would have fulfilled one of the president’s campaign promises to get the country out of the war.

The former president has been heavily critical of Biden’s handling of the withdrawal. In discussions of the situation, Trump has been open about the deal that he and former Secretary of State Mike Pompeo made with the Taliban, but has remained insistent that this deal would have been reliant on the Taliban meeting several conditions and that his administration would have handled the situation much differently.

He began, “This did not have to happen, but the president refused to listen to his own generals and the intelligence community who warned him what would happen if we withdrew.” The outcome of the situation, he said, was essentially “an unconditional surrender to the Taliban.”

He roasted Blinken and Biden for their “betrayal” of U.S. allies in the region after promising them that they would be evacuated safely. In the wake of this betrayal, McCaul said, “a dark veil of shariah covers Afghanistan,” leaving not only longtime allies to the Taliban’s retribution but also “stripp[ing] away in a matter of weeks” all efforts to bring rights to women and girls in the country.

McCaul said, “We’re here today to better understand how this administration got it so wrong.”

In his own opening remarks, Blinken defended the efforts of the administration and downplayed critics’ accusations.

He began by saying that the United States had two main goals in going into Afghanistan in the first place: “bringing justice to Al Qaeda” for its role in the 9/11 terrorist attacks, and ensuring that the country could not be used as a launching point for another such terror attack. These goals, said Blinken, were “completed long ago.”

Still, Blinken indicated that the current administration felt forced into conforming with the deal made by Trump with the Taliban. Biden had two choices when he came into office and inherited this deal, Blinken said: “ending the war or escalating it.”

Blinken then pointed to the successes of the administration during the crisis.

He said that in March, just weeks after Biden took office, the State Department was telling Americans to leave the country and offering to help them do so. At the same time, he claimed, the administration worked to speed up the processing of special immigrant visas (SIVs), a usually long and arduous process under standing law; the Trump administration, he added, had done little on this front.

Later, Blinken was asked whether the Trump administration left behind information on Americans in Afghanistan or on its plans for U.S. withdrawal.

Again pushing the blame to Trump, Blinken responded curtly that the administration “inherited a deadline, we did not inherit a plan.”

In an equally-heated retort to Wilson, Rep. Gerry Connolly (D-Va.) snapped at him and other Republicans, accusing them of being “selective” in their concerns about terrorists, again pointing to the Trump administration’s negotiations with the Taliban.

In another showdown, Blinken was asked a question about a phone call from Biden to the now-former Afghan President Ashraf Ghani obtained by Reuters. In the call, Biden is alleged to have told Ghani to lie about the severity of the situation. Blinken refused to comment, neither confirming nor denying the call’s veracity.

Rep. Brad Sherman (D-Calif.) defended the administration’s handling of the crisis. At the height of the evacuation, Sherman said, the Kabul airport was experiencing a constant “stampede.”

“There is simply no way the administration can have an orderly or successful stampede,” Sherman ruled.