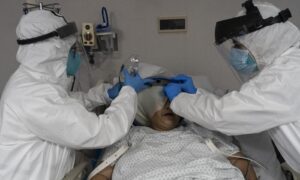 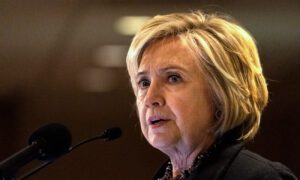 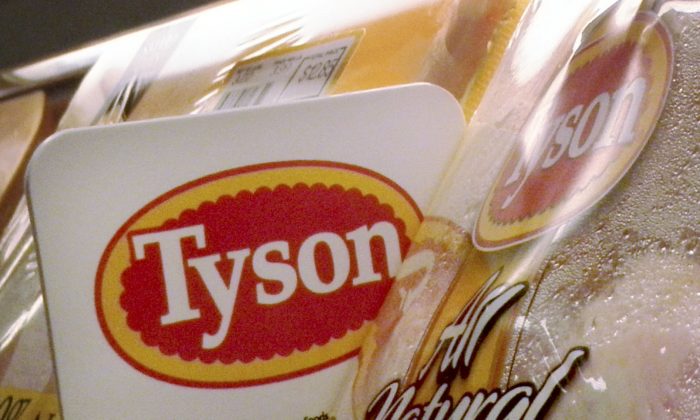 Tyson Foods chicken products on the shelves of a Little Rock, Ark., in this file photo. (AP Photo/Danny Johnston, file)
US

Workers in the poultry industry are denied bathroom breaks and have to wear diapers a report revealed on May 11.

Oxfam America, which advocates against poverty and injustice, interviewed dozens of Tyson Foods workers in six states and found that almost all employees they talked to were denied bathroom breaks or had to wait up to an hour or more for permission to use the restroom.

The report says workers often urinate and defecate while standing on the line because they are not allowed to go to the bathroom.

Hanson, a worker at a Tyson facility in Arkansas, said he saw his own mother urinate on the line, and she now wears diapers to work to avoid it from happening again.

Workers at Tyson, the country’s largest poultry producer, also said they were fined if they returned late from the bathroom.

Jean, a worker at a Virginia Tyson Foods plant who talked to Oxfam America said, “You go to the bathroom one minute late, they have you disciplined. The supervisor will have you sign a discipline paper. … I don’t drink any water so I won’t have to go.”

The report says women are especially suffering from lack of bathroom breaks, since they face biological realities like menstruation and pregnancy. Females also have a hard time maintaining their dignity and privacy when asking for lengthier bathroom breaks.

Although the federal government says bathroom breaks are a legal right and Tyson Foods has a policy in effect that concurs, workers are still in dire conditions.

“This isn’t acceptable: it’s against the law, it threatens workers’ health and dignity, and it violates Tyson’s own policy.  Tyson—and its competitors in the poultry industry—must do more to protect the health, safety, dignity, and well-being of their workers,” said the report.

Oxfam America said the policies implemented by Tyson are not enough and that the company should make sure employees are actually allowed to go to the bathroom as needed.

The report says companies should carry out anonymous surveys to ensure that employees express their concerns.

“Too often, poultry workers say they work in a climate of fear and don’t feel safe raising problems to company management, including to their anonymous call number in fear that they are actually monitoring it,” said Oxfam America.

Apart from bathroom breaks, a previous report, Lives on the Line, exposed the alarming conditions workers at poultry companies face in the cold, noisy, and dangerous facilities.

“Roughly 250,000 poultry workers earn poverty level wages with few benefits; suffer injuries and illnesses at high rates and then may be prevented from receiving proper medical care; and work in a climate of fear where they are afraid to speak out about the injustices they suffer,” stated Oxfam America.