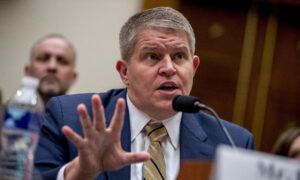 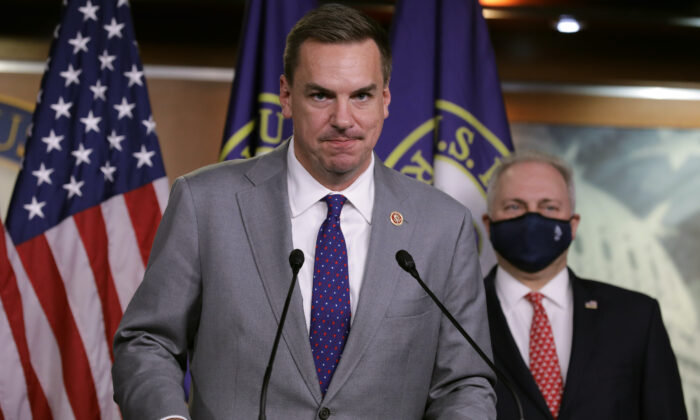 Rep. Richard Hudson (R-N.C.) and 140 GOP House Representatives called on the Department of Justice and the Bureau of Alcohol, Tobacco, Firearms and Explosives (ATF) to withdraw the recent guidance on firearm stabilizing braces, saying it “could make millions of law-abiding citizens felons overnight.”

In a letter to Attorney General Merrick Garland and ATF’s Acting Director Marvin Richardson, Hudson, and the other GOP House members expressed deep concern that the ATF seems to be infringing on the Second Amendment right of law-abiding citizens.

“This proposed guidance is alarming and jeopardizes the rights of law-abiding gun owners and disabled combat veterans across the country,” the lawmakers stated in a letter (pdf) dated June 14.

“Should this guidance go into effect, a disabled combat veteran who has chosen the best stabilizing brace for their disability is now a felon unless they turn in or destroy the firearm, destroy the brace, or pay a $200 tax. Furthermore, it could make millions of law-abiding citizens felons overnight,” the letter continued.

Under the rule, any weapon with a rifled barrel and equipped with an attached stabilizing brace that indicates that the firearm is designed to be fired from the shoulder would be classified as a rifle.

Rifles would be subject to more regulations.

In the letter, Hudson and other House members also pointed out the “troubling” omission of a process for disabled veterans to report a disability, exempting them from this “unconstitutional process.”

“We urge you to take action to correct this injustice immediately by withdrawing this proposed guidance,” the letter read.

ATF estimated in the proposed rule that 3 million stabilizing braces had been sold since 2013.

ATF stressed that the rule would not affect stabilizing braces that are not for shouldering the weapon as a rifle. Those stabilizing braces “are designed to conform to the arm and not as a buttstock,” ATF said when introduced the rule.

In a statement emailed to The Epoch Times, an ATF spokesperson said the DOJ and ATF could not comment on the proposed rule during the comment period.

“The Notice of Proposed Rulemaking on stabilizing braces has been published for public notice and comment pursuant to the Administrative Procedure Act,” the statement said. “While the statutory notice and comment period is ongoing, ATF and the Department of Justice cannot further comment on the specific content of the proposed rule.”

In December, the ATF withdrew its proposed rules on pistol stabilizing braces after Hudson sent it a similar letter signed by 90 House members.