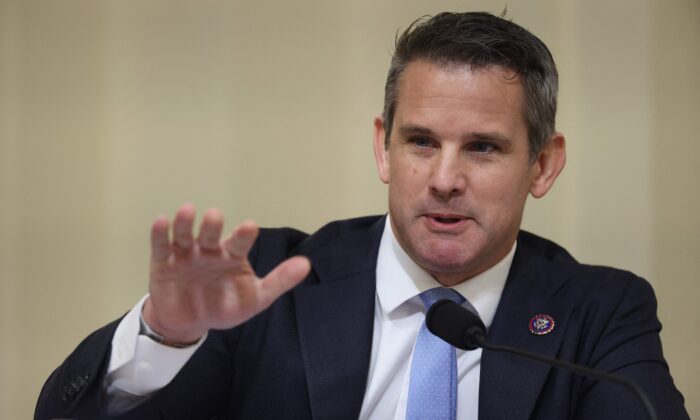 Rep. Adam Kinzinger (R-Ill.) said Friday that he will not be seeking reelection.

Announcing the decision in a video he posted on social media, Kinzinger said that he recalled saying during a campaign “that if I ever thought it was time to move on from Congress, I would, and that time is now.”

Kinzinger was 1 of 10 House Republicans to impeach Trump during his second impeachment inquiry earlier this year. Along with Rep. Liz Cheney (R-Wyo.) was also tapped to sit on the Jan. 6 Capitol select committee.

In the video, Kinzinger suggested that he will still be involved in politics in some capacity, saying that “[his] passion for this country has only grown” and added that “[his] desire to make a difference is bigger than its ever been.”

The six-term lawmaker, who first won his seat in 2010 and was buoyed by the Tea Party protests, added that the United States is in “an incredibly perilous time.”

“In this day, to prevail or survive you must belong to a tribe—our political parties only survive by appealing to the most motivated and the most extreme elements within … and the price tag for power has skyrocketed, and fear and distrust has served as an effective strategy to meet that cost,” Kinzinger said.

Without mentioning any politicians by name, he added that as “a country, we’ve fallen for those lies and now we face a poisoned country filled with outrage, blinding our ability to achieve real strength.”

“In Congress, I’ve witnessed how division is heavily rooted,” the lawmaker remarked. “There’s little to no desire to bridge our differences, and unity is no longer a word we use. It has also become increasingly obvious to me that in order to break the narrative, I cannot focus on both a reelection to Congress and a broader fight nationwide.”

Kinzinger did not elaborate on what his next steps will be after his term ends. The Epoch Times has contacted his office for additional comment.

A former Trump aide, Catalina Lauf, announced earlier this year that she would run for Kinzinger’s seat. Her campaign has not immediately responded to a request for comment.

As the Trump presidency progressed, Kinzinger began to appear more and more on TV and frequently used his platform to criticize the former president.

About a week ago, he appeared on CNN’s “State of the Union” program and said he wouldn’t rule out the Jan. 6 Capitol breach committee sending a subpoena to Trump himself.

“If we subpoena all of a sudden the former president, we know that’s going to become kind of a circus so that’s not necessarily something we want to do up front,” Kinzinger remarked. “But if he has pieces of information we need, we certainly will.”