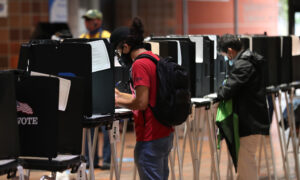 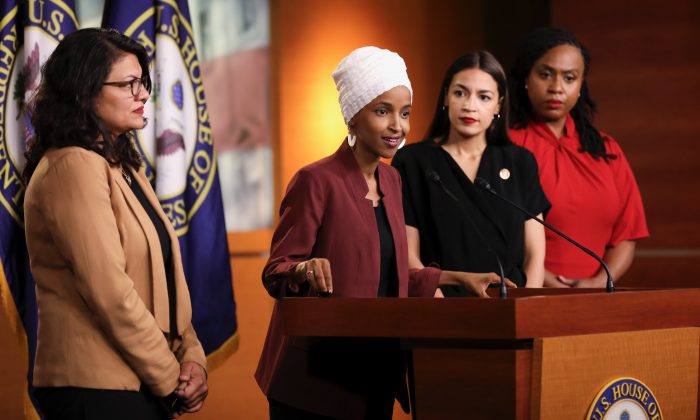 Rep. Ilhan Omar Expects Biden to Veer Left If Elected and Have Only ‘Progressive Democrats’ in His Cabinet

Rep. Ilhan Omar (D-Minn.) told Axios in an interview that aired Monday that she expects a liberal turn if Democratic nominee Joe Biden is elected president, adding that she wants all Cabinet positions filled with progressives.

Biden’s transition team has reportedly vetted a handful of Republicans for potential Cabinet positions. While this may reinforce Biden’s image as a unity candidate, it has fueled a backlash among the Democratic Party’s leftmost wing.

“I would say all of the Cabinet positions should be filled by progressive Democrats,” Omar told Axios. “We know that the policies we advocate for are most popular with the American people,” she added.

Asked why Biden is the nominee if he doesn’t support the most radical Democrat policies, Omar said it’s a question of there being a mismatch between policies people support and the leadership qualities they demand from a presidential candidate.

“And so that should signal to Joe Biden that these people trusted me to lead but these are the policies that they want me to lead on and, you know, act accordingly,” Omar said.

Biden ran as a moderate compared to some of his Democrat rivals in the primaries, like Sanders and Sen. Elizabeth Warren (D-Mass.), and has continued to cast himself as a centrist. During his first presidential debate against President Donald Trump, Biden made a point of rejecting the Green New Deal and instead touted his own clean energy plan, although a review of his campaign website references the controversial legislation as the underpinnings of his scheme.

Omar said the Democratic Party’s progressive wing would fight to try and make sure Biden’s policies are not too moderate for their liking.

“The president is only as successful as his collaboration is with Congress,” she said. “We will have a cohort of progressives that are very clear about their objectives for wanting the implementation of Medicare for All and a Green New Deal and raising the minimum wage and not allowing for fracking,” Omar said.

The Biden campaign did not immediately respond to a request for comment on Omar’s remarks.

Her comments play into the view that however moderate of a candidate Biden may be, intra-party dynamics following a potential Biden win would pressure him to veer left. They also appear to reinforce the claim, expressed by Trump and his supporters, that Biden is a “Trojan horse for socialism.”

“He is, he’s a Trojan horse,” Trump said in Oshkosh, Wisconsin, ahead of the Democratic National Convention in August. “He has no clue, but the people around him are tough, and they’re smart,” Trump added, presumably alluding to much the same “cohort of progressives” Omar referred to in her remarks to Axios.

Vice President Mike Pence, at a rally in Boulder City, Nevada, in early October, said, “You know, when you look at their agenda it’s clear. I said this at Fort McHenry—Joe Biden would be nothing more than a Trojan horse for the radical left.”

Pence framed the choice in November’s election as one between traditional American values and radically progressive ones.

“It’s whether we’re going to chart a course based on our highest ideals of faith and family and freedom and patriotism and the American flag and the Constitution of the United States, or whether we’re going to abandon that path and allow the radical left and Joe Biden and the Democratic Party to take our nation somewhere it’s never been before,” Pence said.