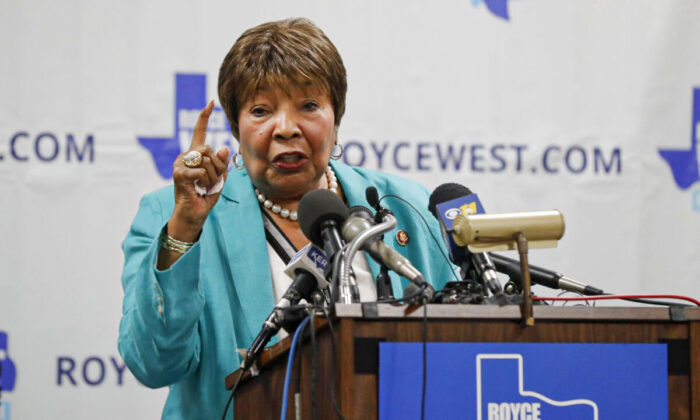 U.S. Rep. Eddie Bernice Johnson (D-Texas), chair of the House Committee on Science, Space, and Technology, announced Saturday that she will retire in January 2023.

“I have gone back and forth … the whole time because of the pleading and the asking, but as of January … the year after next, I will step down,” Johnson said during an event in Dallas. “I will retire, and let me assure that I will also recommend to you whom I feel is the best to follow me.”

Johnson, 85, was first elected to Congress in 1992 and is one of the most senior Congress members.

“There is a good reason I should stay: I am a personal friend to the president, I have gained some respect and influence,” Johnson said during her announcement. But she said she plans to keep a promise she made after winning the Democratic primary in March that her current term would be her last.

Johnson said that she intends to endorse a female to replace her. However, “anybody that’s been already been rejected in this district, they will not be receiving my endorsement,” she said without any elaboration but likely referring to Democrats who challenged her for the Congress seat before.

Shenita Cleveland also challenged Johnson in the Democratic primary in 2020.

Both Caraway and Cleveland have already announced bids for Texas’s 30th Congressional district. The Democratic primary is going to be held on March 1, 2022.

The Epoch Times reached out to Caraway and Cleveland for comments.

The retirement of Johnson likely will intensify the crowded Democratic primary being held next year in the deep-blue district.

Besides Caraway and Cleveland, several other Democrats are also exploring running for Johnson’s seat as her retirement is widely expected.

Jane Hope Hamilton, a former top staffer for Joe Biden’s campaign in Texas, launched an exploratory committee for the seat and said she will run if Johnson retires.