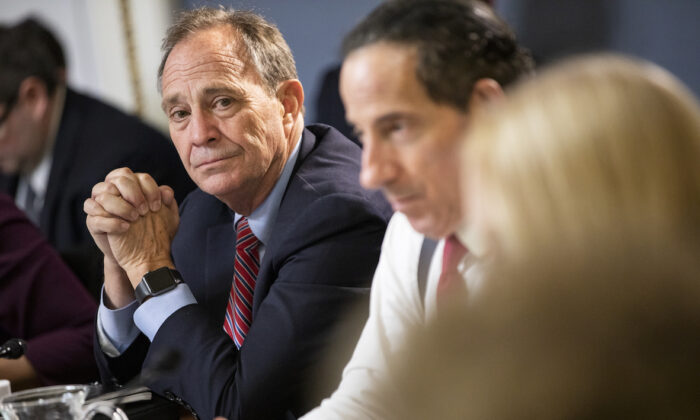 Rep. Ed Perlmutter (D-Colo.) has added his name to the already-expansive list of Democrats who have announced that they will be retiring ahead of the 2022 midterm elections.

Most of these retirements have thus far come from the House, where Republicans are expected to put on a real challenge to Democrats who are looking to keep their majority.

In the Senate, where Democrats have a more favorable election map, there has only been one retirement, that of Sen. Patrick Leahy (D-Vt.), president pro tempore of the Senate.

The slew of Democratic retirements in the House has led some to speculate that there is a connection between the difficulty that Democrats will face in the 2022 elections and the growing list of retirements.

During a speech announcing his retirement, Perlmutter brushed off any such speculation.

“Even though the numbers are slightly tighter, we will win,” the 68 year old Coloradan said of the Democratic Party, adding “I’ve never shied away from a challenge but it’s time for me to move on and explore other opportunities.”

Perlmutter, who represents a competitive district in the Denver suburbs, would have faced a steep challenge in holding onto his seat if he had run again. The National Republican Congressional Committee (NRCC), one of the top organizations in GOP electioneering, considers Perlmutter’s seat highly vulnerable in 2022.

Perlmutter’s political career began in 1995. Hurling past the Colorado lower chamber, Perlmutter won election to the state Senate, which he served in until 2003.

In 2006, Perlmutter made a bid for the U.S. House of Representatives.

Initially, GOP opponent Rick O’Donnell was the expected winner in the state, which was far more Republican at the time. However, after Perlmutter’s team began running attack ads on O’Donnell for having supported abolishing social security in the past, Perlmutter handily defeated O’Donnell by double-digit margins.

In 2010, the GOP considered the seat a target. Ultimately, they could not flip the seat, and they have not targeted it heavily since then. Throughout the 2010s, Perlmutter won each election with around 60 percent of the vote.

Coming from Colorado, where marijuana was legalized for recreational use in 2012, one of Perlmutter’s most fought-for initiatives has been the Safe and Fair Enforcement (SAFE) Banking Act. The bill, first introduced in 2013 and reintroduced several times since, would expand access for cannabis-based firms to banks and other financial services.

In 2019, after Democrats took back the House, the bill was passed through the lower chamber with overwhelming bipartisan support; in total, the bill had 203 cosponsors, comprising about half of the House of Representatives. The passage of the legislation through the House marked the first time that either chamber of Congress had passed a substantive cannabis reform bill since marijuana was made legal.

However, the bill did not have as much luck in the Senate, where it died in committee during the 116th Congress.

The bill was reintroduced in 2021, and it again passed the House by a bipartisan vote. Currently, it is sitting in the Senate Committees of Jurisdiction and has seen little movement since March.

Perlmutter’s decision to not seek reelection provides a golden opportunity for Republicans.

Amid redistricting across the country in the wake of the 2020 census, the GOP may again have a chance at taking Perlmutter’s district, which they have largely ignored since 2010. The Democratic candidate for Perlmutter’s district will face a steeper challenge than Perlmutter has historically, as neither party will have the incumbent’s advantage during the upcoming election.

Similar opportunities for Republicans are springing up across the country in the midst of one of the longest list of Democratic retirees in years.

In 2010, when Republicans gained around 60 seats (but failed to take back the majority), only 17 Democrats had plans to retire. In the current landscape, where Democrats have only a five seat majority, 26 House Democrats have now announced their intention to retire.

This includes Rep. John Yarmuth (D-Ky.), house budget chairman and a top Democratic official, among many others in seats that Democrats cannot afford to lose.

Having such a long list of retirees is bad news for President Joe Biden and the Democratic leadership. And it is likely that Perlmutter will not be the last.

During a Sunday night appearance on Fox News, GOP Leader Kevin McCarthy (R-Calif.) suggested that he believes that the final number of retirees may top at over 30.

The growing list of retirees could bode well for GOP prospects in 2022. Following Perlmutter’s announcement, NRCC spokeswoman Courtney Parella said simply, “Ed Perlmutter knows House Democrats won’t be in the majority after the midterm elections. He made the smart decision to retire rather than lose reelection.”