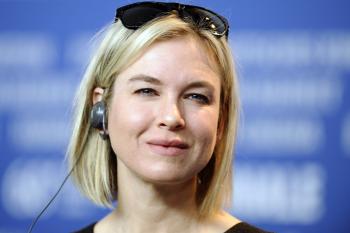 The couple was staying at Cooper's mother's house watching the presentation ceremony on TV when a fire broke out from the fireplace, according to TMZ.

Four fire trucks from the Abington Fire Department arrived minutes later at about 10:15 p.m. and extinguished the fire that was contained in one room, the Philadelphia Daily News reported.

"It was not a very major fire," a Jenkintown Police Department supervisor told the Hollywood Reporter. "We didn't have to use hoses. It was out within a few minutes. Pretty much the fireplace got a little out of control."

The supervisor said that no one was injured or sent to the hospital.

Zellweger, 41, recently starred in My Own Love Song and will play the voice of Angie the angelfish in the upcoming animation Another Shark Tale.

Cooper, 36, will appear in Limitless and The Hangover Part II to be released later this year.