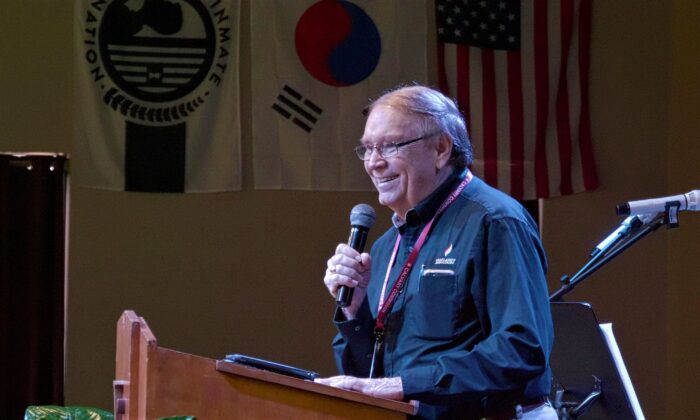 Released Prisoners Saying ‘Thank You’ With Their Lives

Texas Pastor Joe Fauss has worked in prison ministries since 1974.

Fauss sat in the cell with Karla Faye Tucker who, in 1998, was the first woman put to death in Texas in the 20th century. He has stood at the bars of an inmate’s cell who would receive the death penalty the next day.

But most of the inmates he reaches will someday be released back into the country’s general population. His staff at the nonprofit Calvary Commission in Smith County, Texas, want to get them ready to live life right.

“We’re trying to reach them with a simple message,” Fauss told The Epoch Times on March 28. “If God has changed you in prison, the best thing you can do now is say ‘Thank you’ with your lives.”

His lifetime of work with prisoners—nearly 50 years—isn’t what Fauss originally set out to do.

“The first time I set foot into a Texas prison in 1974, I asked the warden what I could do,” Fauss said. “He said, ‘We already have a chaplain,’ and that seemed like the end of it.

“But an officer sitting in the corner said, ‘Preacher, if you really want to help them, do something for them when they get out.’”

That simple sentence resonated with Fauss. It would launch a career path still vital and growing in 2022, touching thousands of lives in the process.

Fauss was on the staff of Teen Challenge at the time, the nationwide ministry for troubled teens across the United States. It was founded by the Rev. David Wilkerson of “The Cross and the Switchblade” fame.

“I asked David what he thought of ‘aftercare’ for inmates. He said ‘I’ve never heard of anything like that,’ but released me from Teen Challenge to start it,” Fauss said.

“We have produced pastors, missionaries, medical professionals, businesspeople, and those who started missions. We have a Bible College and permission from the State of Texas to give AA degrees in Bible at the end of our two-year program.”

Rev. David Herndon is an Assemblies of God pastor, leading the Church of the Living Hope in Tyler, Texas. Herndon was languishing in a cell as a drug addict 12 years ago when the Calvary Commission’s outreach to his jail changed the course of his life.

“It was a testimony by a guy who had drug addictions and life problems like mine that hit me,” Herndon said. “He told us we could be set free from it all and live a normal life. I thought, “This is it. This is real.”

After Herndon did his time, he went straight to Calvary Commission.

“I went through the entire program. I got straight. I had a purpose,” he said. “I met my wife, got married, had kids. My goodness, so many miracles happened. I was living that normal life I’d wanted so long ago.”

Four years ago, Herndon was ordained and put in charge of the Living Hope Church, started by Joe Fauss years previously. There’s now a place in East Texas where former prisoners can go that understands them.

“About 150 people attend regularly,” Herndon said. “I’d say almost a third of them are former inmates.”

“If there isn’t a personal encounter with God, I don’t think lasting change is possible,” he said.

“I hate to be a pessimist, saying that’s true for every person in every situation. But from what I’ve seen, short of the intervention of God, people are repeatedly headed back to prison because of a myriad of life problems.

“I truly believe a strong commitment to God is what works.”