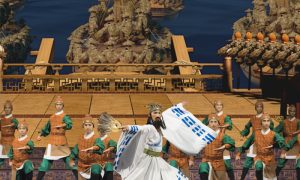 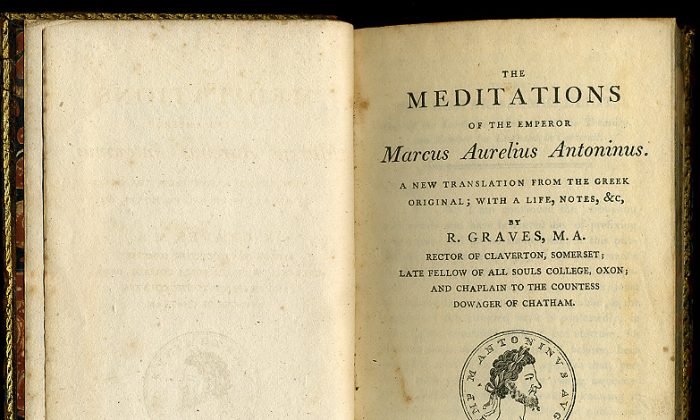 The collection of discussions between General Jiang Ziya and King Wen of Zhou, founder of the Zhou dynasty, includes profound insights into leadership, governance, and military strategy. We recommend the translation by Ralph D. Sawyer included in the collection “The Seven Military Classics of Ancient China.”

‘Romance of the Three Kingdoms’ by Luo Guanzhong

A narrative retelling of the Three Kingdoms period at the end of the Han dynasty from 169 to 280 A.D., with insights into the values of loyalty and trust, and the differences between upright leaders and tyrants.

The collection of notes from Marcus Aurelius, emperor of Rome from 161 to 180 A.D., allegedly wasn’t intended to be released publicly, but has served for hundreds of years as a Stoic guide on respect, propriety, and self-improvement.

The collection of books from Aristotle outlining his concept of ethics. In it, he explores the nature of good government, good conduct, and the idea of cultivating virtue as the truest path to joy.

A classic story of the ancient king. Great lessons about courage, valor, and the willingness to die and sacrifice oneself for the benefit of others. We recommend the translation by J.R.R. Tolkien.

The legendary Scandinavian saga tells of the sage king Hrolf Kraki and his group of champions, illustrating their glories, their downfall, and the causes. The story contains fantastical elements and portrays a king who uplifted his men to heroic heights.

‘The Way of the Knight’ by Yamaga Soko

This guide, written in the mid-1600s for the samurai class of the Tokugawa shogunate, teaches Confucian principles of conduct for public servants. Included are values that a leader should embody, and traits that should be practiced or avoided. We recommend the translation included in the collection “Samurai Wisdom” by Thomas Cleary.

A guide for warriors, written by a retainer of Nabeshima Mitsushige in the early 1700s, contains anecdotes on various figures to illustrate moral principles, the positive and negative consequences of decisions, and guidance about character and conduct.

‘The Law’ by Frédéric Bastiat

Published as a pamphlet in 1850, “The Law” is the most famous work of French economist and classical liberal Frédéric Bastiat, who analyzes various practices of governance and of law, and argues for a form of government that’s free from tyranny and pillage.

‘The Autobiography of Benjamin Franklin’

The Founding Father’s autobiography recounts his life from a family of humble origins to his rise as a businessman, inventor, and statesman, with advice on self-improvement.

The life of George Washington offers many lessons about character and faith, as well as sacrificing personal interest for the greater good of others and not giving up, even in the face of insurmountable odds.

‘Team of Rivals: The Political Genius of Abraham Lincoln’ by Doris Kearns Goodwin

Goodwin recounts how this prairie lawyer rose to become president, and through humility and a keen understanding of human motivation, rallied an unusual Cabinet composed of his political rivals, and preserved the Union through a time of crisis.

Psychiatrist Victor Frankl, a Holocaust survivor, recounts his experience of surviving a Nazi concentration camp and expounds on humanity’s crucial search for meaning and purpose in life.

‘How to Win Friends and Influence People’ by Dale Carnegie

Although the title may sound manipulative, Carnegie’s book is about developing genuine kindness, caring about people, being mindful of others, and earning respect by respecting others.

‘The 7 Habits of Highly Effective People’ by Stephen Covey

First published in 1990, it is a staple fixture on most executives’ bookshelves. Covey outlines what he believes are the seven key habits that one must master in succession to be successful. Highly introspective and brimming with practical examples.

‘The War of Art: Break Through the Blocks and Win Your Inner Creative Battles,’ by Steven Pressfield

Pressfield, best-known for his novel “The Legend of Bagger Vance,” introduces the concept of resistance and offers practical advice on recognizing it and working past it.

‘The Compound Effect’ by Darren Hardy

According to Hardy, our small decisions make a difference over time, creating a butterfly effect in our lives. This book advocates creating a vision and being cognizant of the choices that will help achieve it.

‘The Power of Habit: Why We Do What We Do in Life and Business’ by Charles Duhigg

Most of our actions are the result of habits that were either chosen by us or more likely just unconsciously developed over time. Using examples ranging from the boardroom to the National Football League, Duhigg offers ways we can change our habits, and by extension, our businesses and communities.

’12 Rules for Life: An Antidote to Chaos’ by Jordan Peterson

Not your typical self-help book, it offers practical advice such as “stand up straight” and “tell the truth,” backed up by a mix of teachings from evolutionary biology, psychology, ancient mythology, Eastern and Western philosophy, and the Bible.