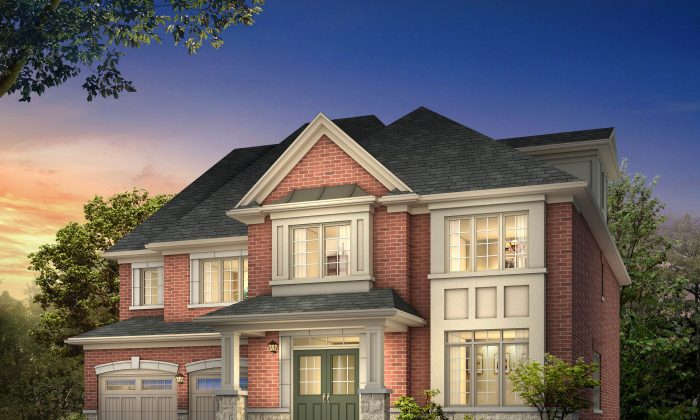 De Castro would know—he’s worked closely with members of the Chinese community for 26 years, helping them find an array of housing to suit their myriad lifestyle needs. De Castro told The Epoch Times that Toronto’s Chinese community is among his most relished client bases because it’s well versed in real estate and usually knows what it wants prior to meeting with him, making for quick and seamless transactions.

“I’ve been involved with the Chinese community since 1990, close to 30 years now,” said de Castro. “They’re very good buyers, meaning they’re serious and don’t waste your time. They understand you’re in business to make money, and as long as your prices are reasonable, they’ll be easy. Word of mouth among the Chinese community is very important. They’re local buyers, good buyers, who take things seriously.”

As we’re in the first month of the Year of the Monkey, Chinese tradition dictates purchasing things with intrinsic, familial value. To that end, de Castro expects a significant portion of the Chinese community—which he describes as largely comprised of young families—to buy real estate; something at which they’re adept, he said.

“First of all, we just entered into the Year of the Monkey, and traditionally the Chinese buy new stuff around then. It’s very important,” said de Castro. “They buy around New Year and they’re major investors. It doesn’t mean they’ll rent a unit, it means they’ll buy something solid. They usually either go to the stock market or the real estate market.

“As you know, the stock market hasn’t been doing well recently, so they’ve already turned to real estate. Real estate is important to the Chinese community, whether it’s the older generation or the newer generation.”

De Castro says two condo projects in North York and Mississauga should see large Chinese buying cohorts. The Conservatory Group is building the third phase of Pearl Place in the Yonge and Sheppard neighbourhood, and, like the antecedent two phases, it’s already proving popular with the Sino community.

“It’s already very popular among the Chinese,” said de Castro, “and it’s very close to transportation. Highway 401 is not far, and there’s a subway nearby. It is also attracting Koreans to a lesser degree, but for every two Chinese, you get one Korean.”

However, de Castro describes Grande Mirage in Mississauga as Norman Hill’s “major baby at the moment.” The multiphase development—there will be three buildings in total, the last of which is launching—will have a shared recreation centre with what de Castro calls “every amenity possible.”

“The location of the project, at the corner of Confederation Pkwy. and Rathburn Rd., is very important,” he said. “It’s not far from Square-One and transportation is very easy with highway 403 connecting to all major highways. The Conservatory Group has a very good reputation. They’ve been building for a long, long time, and that counts among the Chinese community.”

Grande Mirage will start at one-bedroom, 560 square-foot units and climb to two-bedrooms with dens that are just under 1,000 square-feet.

Milan Condos—yet another Conservatory Group development—in the Bloor and Church area is also a hot ticket with only 100 units left, says de Castro. The 37-storey tower is situated close to the Yonge-Bloor subway station, and has a heavy Chinese buying contingent.

The fourth phase of the Newmarket project is about to launch, and like its previous two phases, it’s attracting many Mainland Chinese buyers.

“The last two phases have been from Mainland China,” said de Castro. “Newmarket is a small town that’s growing, and shopping is good, schools are good, and transportation is good. It’s right off hwy. 404, too.

“(Copper Hills) is a large community of 600 homes. Sales started six years ago and the last 100 homes are already on sale.”

Like Markham and Richmond Hill before it, Newmarket has become the latest epicentre of Chinese migration in the GTA. Given Chinese buying habits, not to mention the community’s décor savoir-faire, it almost seems as if Copper Hills is being built for the community.

“Preston Group is an excellent builder who pays attention to detail, good designs, good finishes and it’s priced well,” said de Castro. “They researched competition in surrounding areas,” so these are the best of the best.

Neil Sharma is a freelance journalist