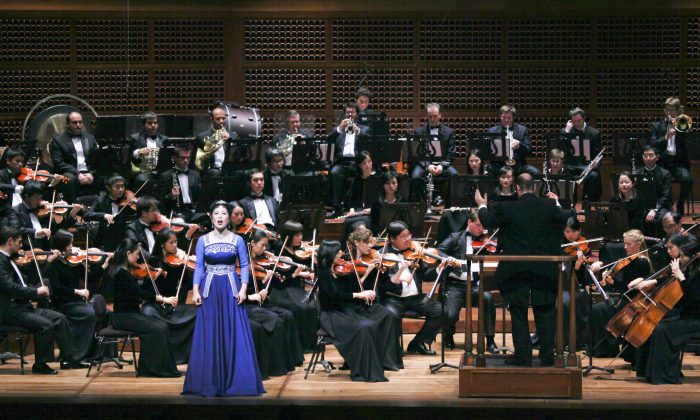 Mr. Christian said he attends many concerts by different symphony orchestras, but he had never heard an orchestra like the Shen Yun Symphony Orchestra.

As part of its program, the orchestra performs original works by Shen Yun composers, who draw upon China’s 5,000-year history to create their work. It also includes masterpieces of the Western classical tradition.

“I’ve never heard such music before,” Mr. Christian said, adding that he also enjoyed the performance of the Shen Yun vocalists, who sing Chinese lyrics in the bel canto technique.

“I very much liked the singer who sounded like she was going to break some glass,” he said about soprano Min Jiang.

Mr. Christian’s 13-year-old son, Tommy, said he also enjoyed the combination of classical Western and Eastern instruments in the orchestra.

Tommy said he had decided to come to the concert because he’d previously seen one of Shen Yun Performing Arts’ performances.

Up until last year, the only way to hear the Shen Yun Symphony Orchestra was during the dance performances. That changed last year when the orchestra held its own concert at Carnegie Hall, and embarked this year on a tour across the United States.