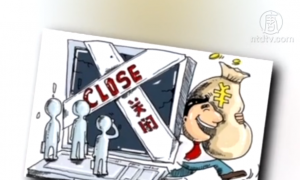 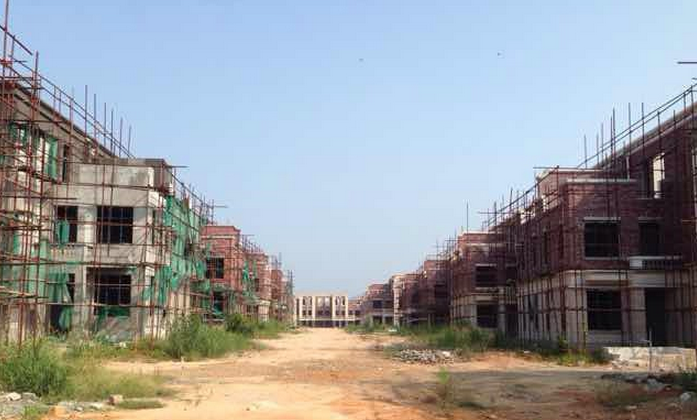 Construction site of residency buildings in Shenzhen, Guangzhou Province, on Oct. 3, 2014. Southern China’s Shenzhen city government suspended over 2000 properties under construction due to the developer’s financial crisis. House owners who paid for the houses protested on Jan. 24. (Screenshot/tianya.cn)
China

Thousands of new properties under construction by the Kaisa Group, a large-scale property developer in China, have been suspended from the market due to the company’s financial crisis. Over 2000 house owners who’ve paid down payments or who’ve paid in full protested in southern China’s Shenzhen City of Guangdong Province on Jan. 24. They appealed to city government officials to protect their investments.

The protesters wearing T-shirts printed with “I want my home,” gathered at the Civic Center in Shenzhen on Saturday morning for several hours. A large number of police and riot police set up a temporary fence to block them.

The government has suspended over two thousand houses under construction by the Kaisa Group in Shenzhen since last November. However, neither the government nor the Kaisa Group has given any information to the house buyers about what’s going to happen to their future houses. Most of the buyers have paid the down payments for of at least 600,000 yuan (US$96,000), and some have even paid several million yuan (1 million yuan equals about US$160,000) of full payment.

Only 20 percent of China’s developers can survive and the rest, the 80 percent, will be miserable.
— Ma Guangyuan, Chinese economist

“We are mainly worried that the houses won’t be completed on schedule… We have started defending our rights since last December,” Mrs. Xiang, a house owner who participated in the protest in Shenzhen told New Tang Dynasty television, a Chinese language media company based in New York City.

The Kaisa Group published an announcement in early January that the company had failed to pay 400 million HK dollars (US$52 million) of finance loans to HSBC, prompting the Shenzhen City government to suspend construction. The company stated that the default could lead to cross-default-related loan financing, bonds, and equity securities.

The Kaisa Group is not the only real estate company that has had to suspend construction. Around 20,000 houses, of over 30 real estate companies have been suspended by the government, according to China Real Estate Information Corp (CRIC). The Fantasia Holdings Group Company Ltd., which was established by Zeng Jie, the niece of the China’s former vice-president, Zeng Qinghong is one of the real estate companies affected.

Chinese economist Ma Guangyuan stated on a national economic forum last October that a large number of cities and developers will face the issue of overcapacity in the next five years, according to state-run China News. “Only 20 percent of China’s developers can survive and the rest, the 80 percent, will be miserable,” Ma said.