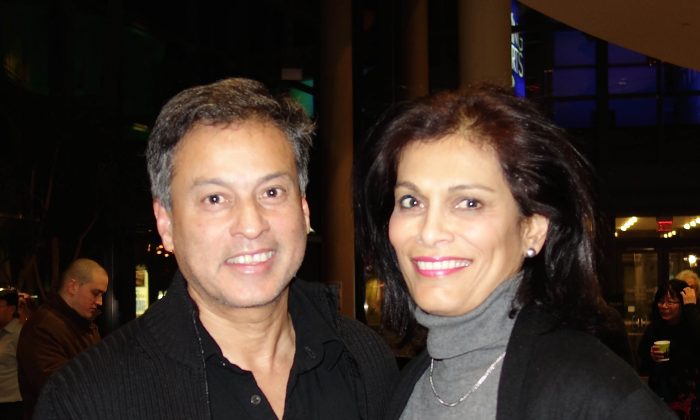 “I think it’s terrific, the choreography is amazing, the skills of the dancers, the acrobatics,” said Mr. D’Silva.

Mr. D’Silva is president of Daniels Capital Group. He’s a real estate developer in his 13th year with his employer. The company does a lot of work in the residential and commercial area in the Greater Toronto Area and Mississauga.

Shen Yun’s mission is to revive authentic Chinese culture, one that has been almost completely destroyed after several decades of communist rule.

Mr. D’Silva thought this mission was very good and applauded Shen Yun for sharing it with the people in Mississauga.

“When you see some of the issues that they raise and how they dance and perform, it gives you the sense that they had a very rich cultural past, which unfortunately, in some places is not being displayed. But they have the courage to do it and bring it to the people in Mississauga which is great,” said Mr. D’Silva.

He was also struck by the fact that many of the dance skills and techniques started in classical Chinese dance and other disciplines have adopted these aspects.

“And it’s very elegant and it gives you some of the history behind that culture,” said Mrs. D’Silva.

“They have very a different spirit of dancing from what I’ve seen before, which is very nice to see. They seem to truly enjoy what they’re doing too, doesn’t look like work to them,” said Mrs. D’Silva.

A live orchestra beautifully blends the musical traditions of the East and West. The orchestra itself began touring the U.S. in 2012 and first came to Canada last year.

“Nice to see the West and the East meet,” said Mrs. D’Silva. “I thought it was all Chinese instruments and then I hear trumpets, so it’s a nice melding of it; must have taken a lot of work to get that to work well.”

“It’s a wonderful blend of East and West in music,” said Mr. D’Silva.