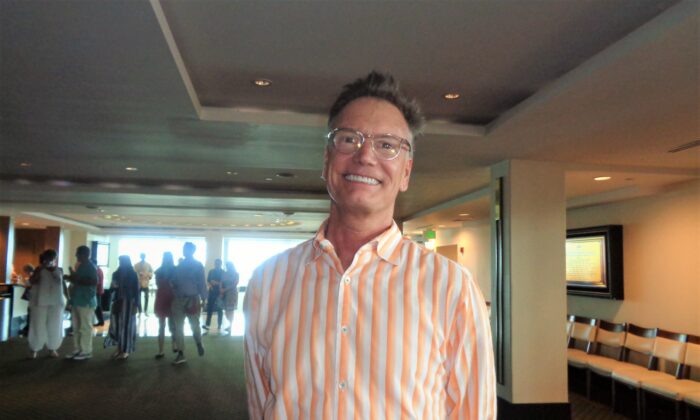 ST. PETERSBURG, Fla.—Steven Bradley is a real estate developer and the mind behind Risdon Group, which has built small-scale resorts, residences, and other award-winning developments across the country. The visionary builder attended Shen Yun Performing Arts at the Mahaffey Theater in St. Petersburg, Florida, on Feb. 16, 2020, and praised the performance, calling it wonderful, historic, and something to appreciate.

Out of all of the different performance aspects in a New York-based Shen Yun production, Bradley was most drawn to its cultural revival.

“I loved that it’s historically based, that it’s bringing back thousands of years of culture—that’s wonderful,” he said.

“I think it’s a great mission. I think no culture should ever be stifled. So I think it’s wonderful that they come together to bring it alive again,” he said.

Once almost lost, traditional Chinese culture has a deeply spiritual essence that is inextricable from its world view and way of life.

To pass on this aspect of Chinese culture, Shen Yun presents nearly 20 short vignettes, many of which are storytelling dances.

But while Shen Yun is celebrated around the world, it cannot perform in China due to a decades-long effort by the Chinese Communist Party to wipe out traditional Chinese culture and spirituality. Shen Yun even portrays scenes of persecution that are now taking place in China. These are often the most hopeful pieces in peoples’ eyes since they exhibit how people of faith in China, namely Falun Dafa practitioners, are facing the brutality with compassion and perseverance.

Bradley said he knew something about these events happening in China today, “but this brings it home that the Chinese government would have stifled that back when they came into power. And it’s just wonderful that today they’re bringing it out. So it’s just wonderful.”

Two pieces in Shen Yun depict the Creator at different times in history. Legends like these have been passed down by Chinese people since time immemorial, and now, they are reaching modern trendsetters like Bradley.

“Yes, I’m just now understanding that and I do appreciate that,” Bradley said, in reference to the pieces about divine beings. “I think it’s wonderful—East meets West. It’s great!”

To others, he would describe Shen Yun as “powerful, historical, exciting.”

Why historical? “Because any true story is much better than a make-believe story. This is a true story based on the context of a lost arc from China, so I love that,” he said.

Finally, Bradley wanted to pass on a message to Shen Yun’s artists: “Kudos, congratulations. I am so happy for you to be being a part of sharing your culture.”