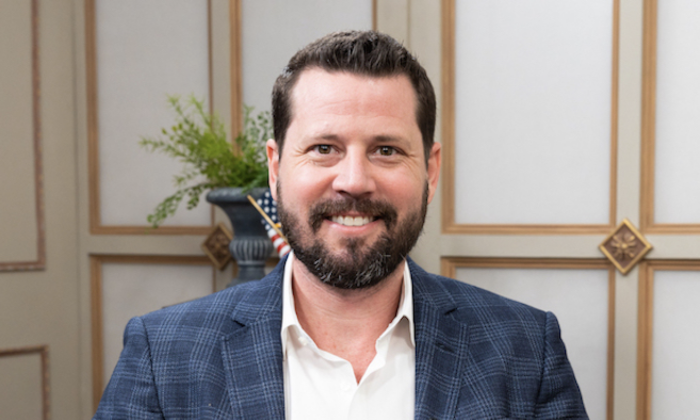 ‘Rationality Itself Is Under Attack’: CEO of The Babylon Bee

Seth Dillon, CEO of the satire news website The Babylon Bee, said the company’s goal is to show the irrationality of the popular narratives that pervade modern culture by making jokes about the issues of the time, from Roe v. Wade to the fact that a Supreme Court nominee could not define the word “woman.”

“Rationality itself is under attack. It’s not just free speech. There are people who have abandoned rationality on purpose, and are trying to get you to go along with agreeing with them that two and two make five,” Dillon said during a recent interview for EpochTV’s “American Thought Leaders” program.

Dillon’s goal with The Babylon Bee is to make people laugh and question their own thinking, he said, but he’s found the company taking on a more important role.

“The goal was to make people laugh, and to make them think a little bit, to be subversive the way that satire is supposed to be subversive, to poke holes in the popular narrative,” said Dillon. “The goal wasn’t to be on the front lines of some kind of big battle but that is where things are at.”

Although clearly satire, The Babylon Bee has been attacked as being fake news, banned on some platforms, and subjected to “fact-checks.”

“The issue that we’ve had with the fact-checkers is that if they had just gone to our pieces and said, ‘Hey, this is a viral piece of content, you may have seen it going around. This is satire. Laugh, it’s satire,’ that wouldn’t have been detrimental to our business,” Dillon said.

“The problem was that they were out there saying, ‘Oh, these guys have managed to pull off these tricks before. They’re duping you. They’re presenting you with fake news. They’re pretending to be satirists, but they’re really deceivers, and it’s a hub for disinformation.'”

One of the fact-checking companies told Dillon they only fact-check an article if they get hundreds of people asking the company if a headline is true.

Dillon said when he questioned this fact-checker about where they were getting their complaints about The Babylon Bee articles, the fact-checker could not give him an answer and stopped responding to his emails.

“There’s no question in their mind that we are legitimately satire,” Dillon said about the fact-checkers, “but they use the fact-checking as an excuse to try to vilify us as being someone who’s out there trying to mislead the public.”

“This is not merely innocuous content moderation where they’re saying, ‘This is lewd or indecent content, we’re taking it down,'” said Dillon. “It’s viewpoint discrimination under the guise of benign content moderation.”

What Is a Woman

In order to poke fun at Supreme Court nominee Ketanji Brown Jackson for saying she couldn’t define the word “woman” during her confirmation hearings, The Babylon Bee produced a video in which a young boy is asked to spell the word “woman” during a spelling bee. He asks the judges for the definition, and they can’t give it to him.

“When you play it out, what a sketch like this allows you to do is take the absurdity of the absurd position that someone holds and put it into a practical context, like an everyday context where it’s exposed for how absurd it really is,” said Dillon.

“She said, ‘I’m not a biologist,’ but what’s a biologist got to say about it? You know, as far as gender ideology goes, your sex, your biological makeup has nothing to do with your gender at all,” he said.

Dillon has found that the public is hungry for The Babylon Bee’s type of humor.

“I think that comedy that pushes back, and is willing to make jokes that you’re not supposed to make, is really refreshing right now,” he said.

Comedians who push back on the “woke” narrative, like Dave Chappelle, are the ones audiences want to listen to and that are gaining popularity, but they’re attacked for “punching down.”

“Punching down is a derogatory term to describe jokes made at the expense of people who have less power than you,” said Dillon.

Included in this way of thinking is that these groups should not be made fun of because they are weaker and more victimized in society, said Dillon.

“I think it’s the most absurd thing in the world to try to put yourself in the mindset when you’re writing a joke, stopping yourself and thinking to yourself, ‘You know what, I can’t joke about those people, they’re beneath me.’ That’s just a ridiculous condescending thought to have,” said Dillon

The Babylon Bee was accused of punching down when the website jokingly named the U.S. Assistant Secretary for Health Rachel Levine, a transgender woman, “man of the year” in one of its headlines.

“Well, this is a white male, high ranking government official, for one thing, and this is an idea that’s being foisted on us from the top down,” said Dillon, who believes his website is justified in joking about Levine.

“I think it’s a real sign of not just, you know, mental, but also spiritual immaturity, to be incapable and unwilling to examine yourself and laugh at yourself,” said Dillon

All of the jokes are meant to make people laugh and to expose irrational and dangerous ideology, not to be cruel, said Dillon.

In addition, the indoctrination of young children with the current transgender ideology is having a detrimental effect on children, he said.

“You can call it cruel because it hurt somebody’s feelings, but I think that it’s actually a safeguard against insanity, which is harmful,” said Dillon

Deleting the tweet would mean acknowledging that The Babylon Bee engaged in hateful conduct, Dillon said, and he doesn’t agree with that assessment.

“You either have to be compelled to say what we want you to say or remain silent and censor yourself. When we’ve reached that point, that’s where I say that’s a hill worth dying on,” said Dillon.

Some of The Babylon Bee’s satirical headlines, including “Pants Sales Plummet as Everyone Working From Home” or “Progressive Church Announces New Drag Queen Bible Story Hour” have come true after the headlines were published.

“There’s this weird thing happening, where it’s becoming difficult for us to make jokes that are so absurd [that] they don’t come true because we’re kind of on this fast track towards insanity,” said Dillon

“I quoted [English writer G.K.] Chesterton, who said that the world has become too absurd to be satirized,” said Dillon.

“There’s a moral obligation you have as a parent to insulate your children from things that would corrupt their innocence to the extent that you can. You certainly don’t want to be exposing them to it, or indoctrinating them, or trying to normalize behavior that you know is lewd or indecent,” he said.

Dillon said he is shocked that more people are not outraged about this type of indoctrination, sexualization, and grooming of young children.

The people doing the indoctrination are “pretty open about their motivations and their purpose, their mission is to stir up the queer imagination in children,” said Dillon.

“The culture of what is accepted by the left is getting more and more extreme, but they are not willing to be made fun of,” Dillon said, adding that this is the reason The Babylon Bee is targeted by the left.

“There’s no tolerance on the left for jokes about their sacred cows. So there needs to be a two-way street, where the jokes are allowed to flow in both directions, because they’re very vicious in their humor about conservatives, about Christians,” he said. “They are willing to dish it out but they can’t take it.”

Recently, Dillon personally backed the creator of the Twitter account Libs of TikTok, who exposes the left’s obsession with transgender ideology.

“What Libs of TikTok is doing is, I think, important journalistic work that a lot of journalists are neglecting,” said Dillon. And the reason the left has targeted the account is that it is exposing their amoral agenda

A Meeting With Musk

In December 2021, Dillon, along with The Babylon Bee’s Editor in Chief Kyle Mann and Creative Director Ethan Nicolle, sat down for a longform interview with Elon Musk.

“I asked him, what do you think is so harmful about [woke ideology] and he said it’s divisive, it’s exclusionary, it’s hateful, it gives mean people an excuse to be cruel, while armored in false virtue,” Dillon recalled.

Musk told the leaders of The Babylon Bee that he is a free speech absolutist, and because he is in the financial position to buy Twitter, wants to ensure that true public discourse is allowed to happen on the platform, said Dillon.

“That’s the reason that he’s interested in and taking over Twitter, because wokeness is a lot of the driving force behind compelling certain speech, pressuring people to censor themselves. Otherwise, they’ll be canceled and deplatformed. He sees free speech as being vital for the health of a society,” added Dillon.

The Babylon Bee will continue to speak out against irrational attempts to cancel what they are doing, said Dillon.