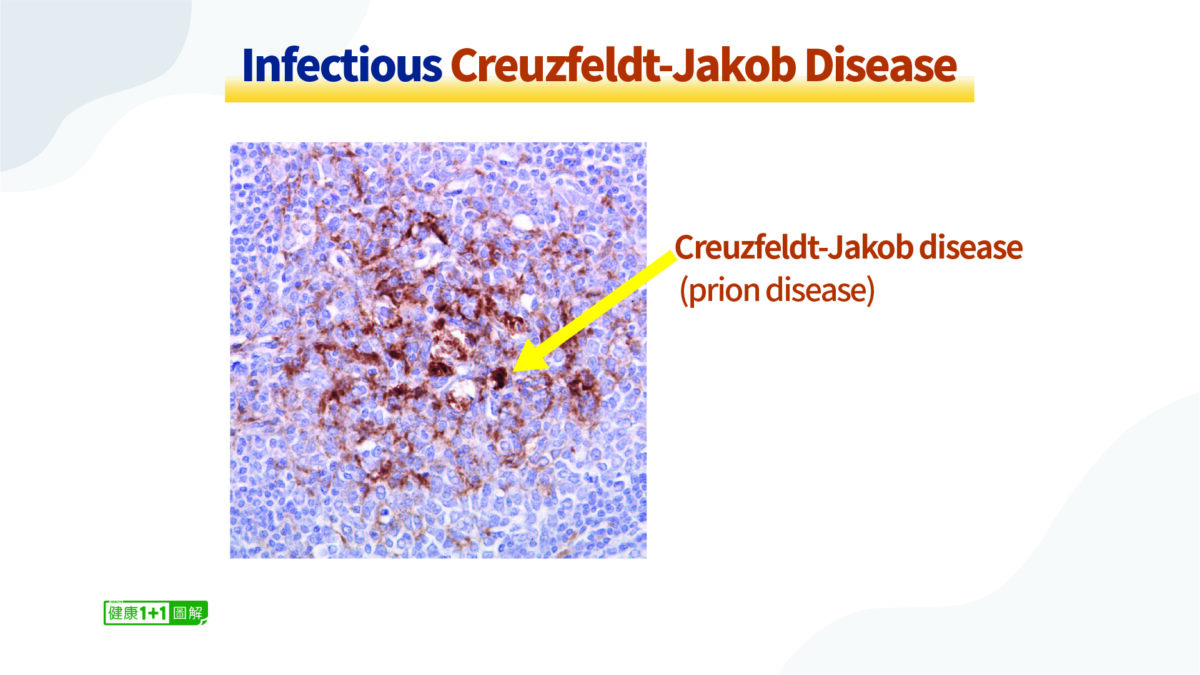 In May 2022, several French and Swiss neurologists and virologists published a preprint research report of their study. In this study, they found a rare brain disease with an extremely high mortality rate, which emerged after COVID-19 vaccination. The original report was recently retracted and resubmitted by the authors.

A 72-year-old woman developed a prion disease called Creuzfeldt-Jakob disease 14 days after her second dose of the Pfizer COVID-19 vaccine. When her symptoms persisted until the 10th week, fatal neurodegeneration occurred.

This phenomenon is very surprising, because the progression of prion disease in the past was generally slow and long-lasting, and it rarely developed into a severe disease within a few months.

This report specifically analyzed 26 cases of prion disease after COVID vaccination with Pfizer, Modena, and AZ vaccines respectively, and it found that the average time from vaccination to the onset of disease, serious deterioration, and even death was 3 to 4 months. This shows that the progression of this disease is quite different from the conventional prion disease in the past.

Prion diseases were discovered in the 18th century, but they occurred mostly in animals. At that time, the medical community discovered a disease called Scrapie, as many sheep with this disease were rubbing their backs hard on the wall and rocks due to itchiness, so much that their fleece would fall off. It was later discovered that the itching sensation was actually brought about by their affected brain nerves.

It was not until the emergence of mad cow disease in the UK, which attracted the attention of the public, that people first noticed a strange characteristic of prion diseases. That is, we know that viruses, bacteria, and other common microorganisms allow diseases to spread, but prion diseases are caused by misfolded proteins that spread throughout the body, transmitting their misfolded shape onto normal variants of the same protein. At that time, it was an unknown mode of disease transmission.

The traditional understanding of the prion disease mechanism is that the alpha helices structures in normal proteins become diseased and then become beta sheets in a striated configuration.

As aforementioned, after the prion diseases appear in cattle and sheep, some cellular tissues in their brains will decay and hollow out, resulting in a sponge-like brain. And this is a visible pathological change.

In layman’s terms, this pathological mechanism is protein denaturation. It is similar to when leaving milk at room temperature for a long time, the proteins in the milk will settle out and become dregs. However, the deterioration of milk is generally caused by external factors, whereas the progression of prion diseases takes a long time, and the mechanism of creating “sponge brains” is not very clear.

Is There a Link Between Prion Disease and Vaccination?

Theoretically speaking, the phenomenon of prion disease after vaccination observed in France should have occurred in other countries as well, and it was just first exposed in France.

A study published in the journal Microorganisms focused on a gene segment of the SARS-CoV-2 spike protein contained in the vaccine and analyzed the structure of the spike protein.

The researchers further focused on the changes in amino acids that may cause prion disease. Traditionally, prion diseases mainly occurred in a glycine-rich motif (GxxxG); now it has been found that if a large amount of amino acids glutamine (N) and/or asparagine (Q) are present in the region of the SARS-CoV-2 spike protein,  so that the likelihood of developing this disease actually increases. So this region has become a region where prion disease is very likely to occur.

Coincidentally, this region also happens to be the region where the spike protein binds to the ACE2 receptor.

There may also be a region on the human ACE2 receptor where prion disease may occur, and this region happens to interact with with the one on the spike protein. Therefore, these two regions can interact with each other.

The French and Swiss neurologists and virologists further discovered that there are also prion-like components in the Pfizer and Modena mRNA vaccines, as the genetic sequence of the spike gene used in the mRNA vaccines were based on the original Wuhan wild type SARS-CoV-2 and the region 473–510 is kept the same.

What Caused the Rapid Deterioration Prion Disease Cases After Vaccination?

As mentioned earlier, the analysis of 26 cases in France showed that the prion disease developed after the COVID-19 vaccination is different from the conventional prion diseases: its mortality rate is significantly higher, reaching 77 percent; and the time from onset to death is also much shorter. Why is this?

We first need to understand how the prion mutations of individual proteins affect the entire cellular tissue. The International Journal of Molecular Sciences provides us with two possible explanations.

The first one involves the structural conversion of proteins from a soluble form into insoluble amyloid aggregates.

The disease-causing prion induces changes in other proteins in its vicinity. These disease-causing proteins fold upon each other to form an amyloid-like structure. The length of this process depends on the characteristics of the beta sheets and whether or not the surrounding proteins have contributed to the pathological factors.

The other way to form prion involves stress granules.

When human cells are exposed to external stresses, such as physical or chemical stresses, stress granules are formed in the cells. A stress granule contains RNA and proteins bound to RNA, but without membranes and it resembles a cotton ball.

The length of formation time for stress granules is related to many factors.

One potential mechanism scenario is that when exogenous mRNA enters human cells in abundance in the case of mRNA vaccination, the cells are put into a stress mode, which would trigger many intracellular mechanisms to provoke abnormal intracellular RNA-RNA and RNA-protein binding. If the foreign proteins had the tendency to transform into prions, it is more likely that the surrounding RNA-bound proteins would be gathered together to form stress granules.

In the sequence of the virus originally discovered in Wuhan, the amino acid 473–510 region of the viral spike protein tends to develop prion disease. The current mRNA vaccines also contain such a region, so it seems that these vaccines are even more dangerous than the Omicron variants in this regard.  However, because the overall chance of prion diseases happening after vaccination is very rare, it is still not clear what exactly triggered these patients to have prion diseases developing in a short 3–4 months.

Other Adverse Neurological Events After Vaccination

There have also been concerns about the neurological effects of the COVID-19 vaccines. In addition to the prion diseases we mentioned earlier, what other adverse neurological events can the vaccines cause?

A Thai study published in the journal BMC Neuroscience analyzed 385 people who received the SinoVac vaccine, and found that 19 of them had symptoms of neurological disorders, including unilateral numbness of the head, headaches, and heartaches. The study also analyzed the neurological damage caused by the vaccines and found that more than half of the people showed symptoms of motor deficits.

In addition, these neurological symptoms appeared very quickly after vaccination. In 52.6 percent of the cases, symptoms appeared within one hour of the vaccine injection. This phenomenon was not studied in depth in the paper, but this is very alarming–how does an inactivated vaccine injected into the muscles affect the brain or spinal cord in such a short period of time? This is worth further study.

The recovery times vary widely, from one to three days for some people, to one to two weeks or more for others.

How did the vaccine cause these neurological symptoms? One possibility is that it is a reversible cerebrovascular constriction syndrome. And there are features that fit this description, such as a female predominance and recurrent abnormal headaches. However, there are also features that do not fit, such as thunderclap headaches.

The exact cause of these symptoms is not yet known.

Another vaccine-induced neurological disorder of great concern is Guillain-Barre Syndrome (GBS). This disease has been listed as one of the side effects of the Johnson & Johnson (Janssen) vaccine.

It is known that the SARS-CoV-2 virus itself can cause neurological pathology. So, is it possible that the vaccine could make the viral mRNA or other proteins enter the brain or nervous system and affect the nerve sphingolipids? At present, we know very little about the neurological side effects of the COVID-19 vaccines. And according to the regular timeline for vaccine development, long term further research will be needed to study neurological impacts. Therefore, we need to stay vigilant about vaccine’s neurological adverse events when the reports and studies in this field are still vastly demanded.