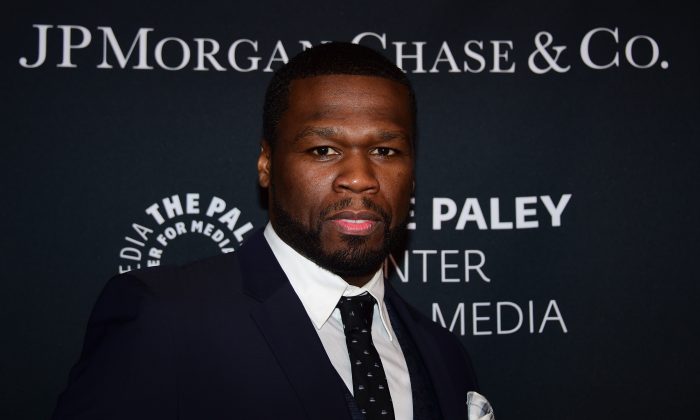 Earlier this week, Rapper-turned-actor 50 Cent uploaded a video on his Instagram account—which has since been removed—mocking an airport employee at Cincinnati/Northern Kentucky International Airport saying that the 19-year-old is “high as a [expletive].”

“What kind of [expletive] you think he took before he got to work today?” 50 Cent says as he shifted the camera towards Farrell.

The video contains explicit language, but it can be viewed here.

Andrew Farrell has Asperger’s syndrome, a higher-functioning autism that can range from mild to severe, depending on the individual. It was reported that Farrell has a hearing problem and suffers from social anxiety.

50 cent, whose real name is Curtis Jackson III, issued an apology on May 3 for his comments.

The Queens native said in a statement:

While the incident at the airport resulted from an unfortunate misunderstanding, please accept my sincere apologies for offending you. It was certainly not my intent to insult you and I wish you and your family well.

The Farrell family, according to their lawyer, accepted the apology, WKRC reported.

Following the released of 50 Cent’s statement, the Farrell family released theirs.

We would first like to thank everyone for the amazing amount of support that they have shown over the past few days. It has been an emotional roller coaster that we are ready to put to rest. As requested we have received a letter apologizing for 50 cent’s behavior and we have chosen to accept it, along with a request that a donation be made to Autism Speaks. Though a letter of apology will not undo what 50 cent has put our family through, we are choosing to forgive. A great lesson can be learned from this heartbreaking situation. Regardless of the way that another person appears to you, it is never okay to publicly humiliate them via social media. We hope that this situation brings more awareness to what people with autism and other forms of social anxiety suffer through on a daily basis. Again, we thank the growing number of supporters who have shown both love and acceptance during this difficult time.