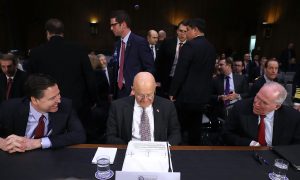 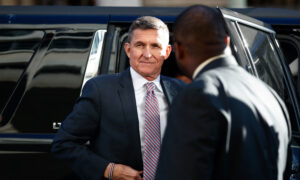 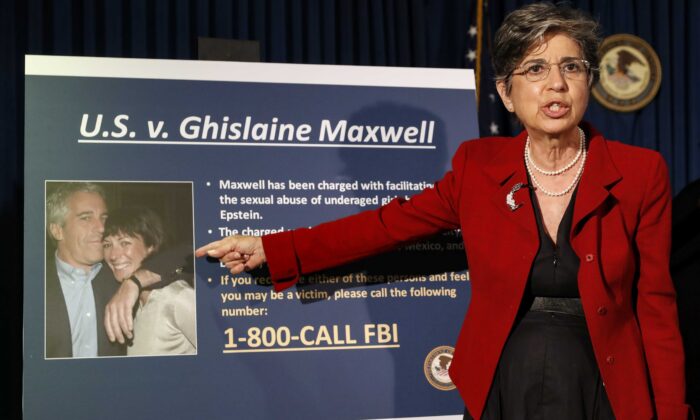 Audrey Strauss, Acting U.S. Attorney for the Southern District of New York, speaks during a news conference to announce charges against Ghislaine Maxwell for her alleged role in the sexual exploitation and abuse of multiple minor girls by Jeffrey Epstein, in New York on July 2, 2020. (John Minchillo/AP Photo)
Viewpoints

The arrest of British socialite and long-time Jeffrey Epstein associate Ghislaine Maxwell for allegedly helping to facilitate the abuse of young female minors as part of an international sex trafficking ring garnered massive media attention when it was announced on July 2.

Despite the fact Maxwell now resides in a New York City detention facility, many relevant questions have been raised surrounding this arrest.

Why Was Maxwell Still in the US?

The first strange thing about the Maxwell arrest that comes to my mind is this: Why was she still in the United States?

She is a woman of significant wealth. She had, at one point, according to court documents, $20 million in several bank accounts. She sold a former New York residence last year for more than $15 million. Maxwell certainly had the financial means to leave the United States.

Audrey Strauss, the Acting U.S. Attorney for the Southern District of New York (SDNY) who is prosecuting this case, has asked the court to deny Maxwell bail, stating that Maxwell is an “extreme flight risk,” having three passports that authorities know about, citizenship in two foreign countries and millions of dollars in several discovered bank accounts. (While Maxwell is a naturalized U.S. citizen, she is also a citizen of her native United Kingdom and France.)

“That [Maxwell’s flight] risk is only amplified by the defendant’s extensive international ties, her citizenship in two foreign countries, her wealth, and her lack of meaningful ties to the United States. In short, Maxwell has three passports, large sums of money, extensive international connections, and absolutely no reason to stay in the United States and face the possibility of a lengthy prison sentence.”

In a competing court filing seeking to convince the judge to grant Maxwell bail and push back against the government’s claim that she’s a flight risk, her lawyer Mark Cohen claims that, in her year of laying low since the Epstein arrest in July 2019, she made no attempts to leave the country.

In a ruling made on Tuesday, presiding Judge Alison Nathan denied Maxwell bail, stating that the government had met its burden of proof regarding her being a flight risk, and ordered her detained until trial. After Maxwell pleaded not guilty to the charges, Judge Nathan set the trial date for July 12, 2021, almost exactly a year from now.

A woman with the wealth and the influential connections that Maxwell possesses obviously could have found a way to leave the United States if she had desired to do so. Wouldn’t have absconding to another country have made it harder for her to be located and arrested, and then extradited?

Extradition Is Not Guaranteed

The attempts of the United States government to arrange the extradition of WikiLeaks founder Julian Assange from the United Kingdom has now dragged on for more than a year and a half.

While France has an extradition treaty with the United States, that is for foreigners who flee there, not for their own French citizens.

Environmental activist Ira Einhorn fled to Europe in 1981 after murdering his girlfriend, living under a new identity for 16 years. He was recognized and arrested in France in 1997, and a protracted four-year struggle to extradite him to the United States ensued. (Einhorn was finally returned to the United States in 2001 and died in prison this past April.)

Instead of fleeing to a country such as France where there was an excellent chance she could avoid or even delay extradition for years, Maxwell appears to have decided to stay in the United States. If her lawyer’s statements are to be believed, she never made any attempt at bolting the country. Why would she have such confidence that she felt no need to even attempt to flee the United States?

Was There Ever an Arrest Warrant Issued for Maxwell?

There doesn’t appear to be any evidence for the contention that Ghislaine Maxwell was a wanted fugitive evading an arrest warrant for the past year.

Internet searches have turned up nothing about any indictments or warrants against her from the period of July 2019, when Epstein was arrested, to July 2, the day she was taken into custody by the FBI team that raided her secluded estate.

There were some statements about the FBI wanting to question Maxwell as a “person of interest.”

If Maxwell wasn’t a fugitive from justice this past year, then what exactly was she? What new evidence or trigger event led to a sudden decision to have a grand jury return an indictment against her and then move to take her into custody?

Why Arrest Epstein But Leave Maxwell in the Wind for a Year?

During the July 2 press conference announcing Maxwell’s indictment and arrest, William Sweeney, the FBI’s assistant director in charge of the New York Field Office, claimed that Maxwell had never successfully evaded the FBI and that the agency had been keeping “discreet tabs” on her whereabouts all this time.

Would this not mean that the FBI and others involved in this case knew exactly where Maxwell was for the past eight months, holed up in her “gorgeous” “Tucked Away” estate in New Hampshire?

Why would they arrest Epstein but limit themselves to merely watching Maxwell from a distance? Were they spying on her, seeing who she was meeting with, intercepting her phone calls, reading her texts and emails?

Hopefully, as this case develops, some answers will arise that satisfy these questions.