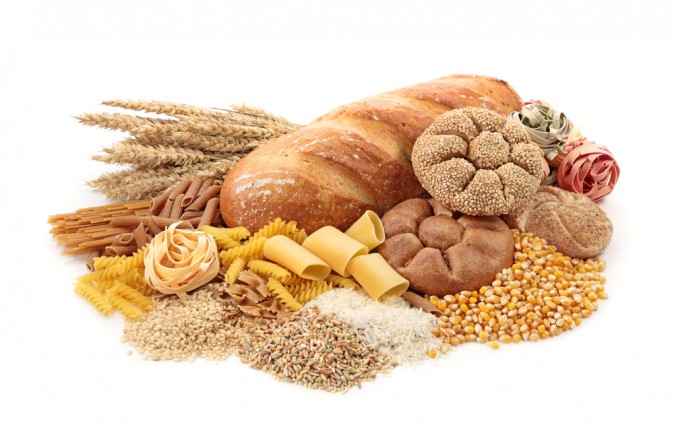 Questions and Answers on Gluten – Part 1

Gluten is what gives flour its doughy elastic consistency and what makes it chewy, which is why over the centuries, gluten-containing grains have come to be used so extensively in breads and other baked goods. It is made up of a group of several subfractions or families of proteins contained in certain grains, the commonest one being wheat. The 2 most studied subfractions are gliadins and glutenins. Different grain species, subspecies, and varieties contain varying proportions of glutenins and gliadins, with wheat containing the most. Gliadin is found in all gluten grains except oats.

Where do You Find Gluten?

The commonest gluten grains are wheat, barley, rye, oats, spelt, kamut, couscous, triticale, bulgur and semolina but there are others too, including, durum, seitan, faro, emmer, graham, malt and einkorn.
But it is hidden in so many things especially processed foods often used as additives or to bulk up foods. Some hidden sources include soup mixes, sauces, soy sauce, candies, salad dressings, frozen meatballs, cold cuts, low and no fat foods to name just a few.

For a complete list of foods that contain gluten, check out www.celiac.com Celiac.com has a long list of label ingredients that typically contain hidden gluten.

Unfortunately, food manufacturers are not required by law to identify all possible sources of gluten on their product labels, so reading the label may not be enough.

Some medications, herbal supplements, and vitamins may contain gluten as a binding agent. And even lipstick, stamps and envelopes you have to lick, and Play-Doh often contain some too.

Why do You Recommend Removing Gluten From one’s Diet so Often?

This is true, I often do. The 2 diets I use frequently in my practice, the Be Well Cleanse diet and the Be Well Daily Living Eating Plan have gluten removed. This is because gluten grains have specific proteins, the most studied being “gliadin” which causes our immune system to react in such a way that it is responding to a foreign body. In my experience most people have a problem digesting gluten grains. It is not well understood although well described. In many people the body responds differently to gluten grains to the way it responds to nourishing foods. It can cause celiac disease, which is one end of the spectrum, but in the majority of patients who are intolerant to these grains, they have a non celiac gluten sensitivity which causes an immune reaction which can lead to a slow wearing down of one’s system. The reaction to gluten grains creates inflammation throughout the body, with wide-ranging effects across all organ systems including your brain, heart, joints, digestive tract, and more. The majority of people who have a gluten sensitivity, suffer chronically from a vague unwellness, which Dr’s don’t diagnose. It can be the single cause behind many different “diseases” and to correct these diseases, you need to treat the cause–which is often gluten sensitivity. For anyone has any chronic illness, I always remove gluten from the diet initially.

There are so many people who are suffering from gluten intolerance and are not aware of it…it is estimated that 99 percent of people who have a problem with eating gluten don’t know it. Their symptoms typically aren’t specific, and are often not even related to the GI tract, so they rarely think it could be gluten triggering it. And finally, there is a large group of people who have a “latent” form of gluten sensitivity, where their immune systems develop a response to gluten when triggered by certain conditions. The bottom line is celiac disease and gluten sensitivity masquerade as many other diseases with different names.

What’s the Difference Between Celiac Disease and Gluten Sensitivity?

Gluten sensitivity is much more common than full blown celiac disease. It is believed that celiac occurs in about 1% of Americans, whereas gluten sensitivity or where some immune reaction occurs to gluten occurs in at least 1 in 3 Americans. This is why so many people who are chronically ill or who have undiagnosed problems or just have a vague feeling of unwellness do so well when they stop gluten. Gluten sensitivity does not show up on blood tests for celiac, but it can still produce many symptoms.

It is not unusual for people to develop gluten sensitivity and even celiac disease later in life, It’s unclear why this happens.

Why is Gluten Sensitivity so Common?

Many people eat grains daily because they are so abundant and cheap, especially wheat. The commonest gluten grain that people have a problem with is wheat. This is because modern wheat is very different from the wheat our ancestors ate. American strains of wheat have a much higher gluten content (which is needed to make light, fluffy Wonder Bread and giant bagels) than those traditionally found in Europe. The proportion of gluten protein in wheat has increased enormously as a result of hybridization too. This super-gluten was recently introduced into our agricultural food supply and now has “infected” nearly all wheat strains in America. Until the 19th century, wheat was also usually mixed with other grains, beans and nuts; pure wheat flour has been milled into refined white flour only during the last 200 years.

A study comparing the blood of 10,000 people from 50 years ago to 10,000 people today found that the incidences of full-blown celiac disease increased by 400 percent (elevated TTG antibodies) during that time period.

This article was originally published on www.drfranklipman.com. Read the original article here.

*Image of “food with gluten” via Shutterstock