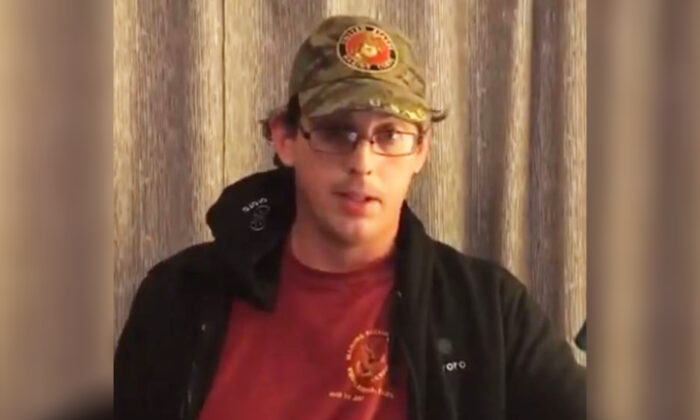 A U.S. Postal Service whistleblower in Pennsylvania was questioned by agency investigators in a way that was designed to undermine his allegations of voter fraud, according to a veteran FBI agent.

The whistleblower, Richard Hopkins, had told investigative journalism nonprofit Project Veritas that he overheard a USPS postmaster pull aside a supervisor to tell them that they “messed up” in marking a ballot “for the 4th, instead of the 3rd, because they were supposed to put them for the 3rd,” referring to Nov. 3, Election Day.

Hopkins deduced the officials were talking about backdating ballots that arrived late so they could still be counted in the election. He affirmed what he told Project Veritas in an affidavit.

During the subsequent questioning by two USPS investigators, Hopkins said they got him to question himself. He acknowledged that he didn’t hear the entire conversation and that it’s possible he misunderstood what the officials were talking about, according to Hopkins’s recording that captured at least half of the interview.

After the interview, he made it clear he stands by his original allegations.

From the recording, it appears the investigators were using interrogation methods normally used to extract a confession rather than to interview a witness, according to Mark Ruskin, a 27-year veteran of the FBI and former assistant district attorney in Brooklyn, New York.

Ruskin is also a regular Epoch Times contributor and author of “The Pretender: My Life Undercover for the FBI.”

An expert interrogator himself, he called the behavior of the investigators “nothing short of outrageous.”

One of the investigators, identified by Veritas as Russell Strasser, a special agent in the USPS Inspector General’s Office, mentioned during the interview that he’s a polygraph examiner. That means “expert interrogator,” Ruskin said.

“That’s his basic job. So the fact that they selected him to handle this job right away tells you that this was not an ordinary investigation.”

The agent’s mission “clearly was to do damage control,” rather than probe whether election fraud occurred, Ruskin said.

The agent told Hopkins at the beginning of the questioning that his allegation has caused a “storm” and he was there to “reel it back in before it gets really crazy.”

The first part of the interview was conducted in a “phony bon ami” tone to build trust with Hopkins, Ruskin said. In the next stage, the investigators tried to whittle down Hopkins’s confidence in his testimony, Ruskin said.

“They start dissecting his words in order to create self-doubt … replace his own words with their own words.”

“I want to know exactly what words you know you heard versus you think [you heard],” Strasser said.

They framed their questions as helping Hopkins avoid having his testimony put in doubt because he overheard the conversation “across the room” in “dead air.”

After a while, Hopkins’s confidence started to show cracks.

“You’re making me question myself at this point,” he said.

“And you know [that’s] what I’m supposed to do. That’s my purpose here. Okay?” said the other investigator, identified as Postal Inspector Charles Klein.

“Based on my assumption of what I could hear, was that they were postmarking them [ballots] the 3rd that were picked up on the 4th,” he said.

Klein later capitalized on this.

“You said something very significant and you may not have realized it,” he said.

“What you said is … you said ‘what I assumed I overheard.’”

Hopkins explained that he said that because he was aware he didn’t hear the whole conversation, but Klein cut him off, assuring him that wording it as an assumption doesn’t paint him in a “bad light.”

It appeared Klein convinced Hopkins that what he heard firsthand was mostly a figment of his imagination.

“It’s not even hearsay is the thing. It’s an assumption. And that’s the important thing,” Klein said.

He then suggested how Hopkins’s testimony should read.

“If we characterize it as, ‘This is what I thought those words meant,’ then there’s no way that huge stones can be welded, because that’s very different than saying, ‘They said this,’ right?” he said.

To which, Ruskin asks, “Why is he trying so hard to diminish the significance of … [Hopkins’s] words in the guise of trying to help him?”

In the second part of the interview, the investigators go through Hopkins’s affidavit step by step, suggesting themselves what he should have said instead.

“I’ve never heard anything remotely comparable to this,” Ruskin said.

The investigators systematically weakened the language of the affidavit, getting Hopkins to agree that it was just his impression, he just assumed, wasn’t certain, and didn’t remember clearly, Ruskin said.

Originally, Hopkins said he heard the officials say they “messed up” by marking one of the ballots as postmarked as Nov. 4. In the new statement, he agreed that he didn’t “remember clearly” whether the words “messed up” were used. He explained that he was also reading from the tone.

“Because it wasn’t a friendly conversation they were having, either,” he said.

Strassel told him they might discuss that and put it in the statement, but then moved on.

In the end, they asked Hopkins to put down what they drafted in his handwriting as if it was his own words.

“I feel like I just got played,” Hopkins told Veritas founder James O’Keefe after the questioning.

Update: The article has been updated to clarify a reference to Richard Hopkins by Mark Ruskin.