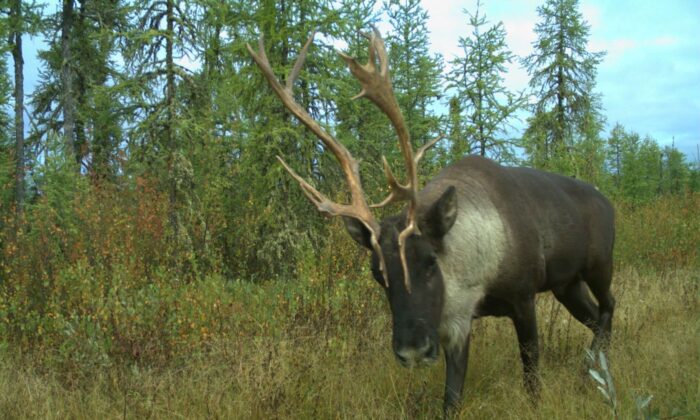 A caribou moves through the Algar region of northeastern Alberta in September 2017 in a handout photo. (The Canadian Press/HO-University of British Columbia-Cole Burton)
Canada

Ottawa is threatening to act unilaterally to protect caribou in Quebec, a move that Premier François Legault said Tuesday would be interference in an area of provincial jurisdiction.

In an April 8 letter, federal Environment Minister Steven Guilbeault gave the Quebec government until April 20 to provide him with information about its plan to protect the at-risk woodland caribou and the animals’ habitat.

If the province doesn’t agree to rapidly impose measures to prevent the decline of the species, Guilbeault said he would recommend the federal government adopt an order-in-council that would unilaterally create protected habitat for the caribou in Quebec.

“Quebec still has the opportunity to act and to come to the table and negotiate in good faith, but that must be done quickly,” Guilbeault told a news conference Tuesday.

“This is Quebec’s jurisdiction, so we have an independent commission that is looking into this,” Legault told reporters in Quebec City. “We have to have a balance between saving the caribou but also protecting jobs that are important in certain regions of Quebec.”

The former president of the Committee on the Status of Endangered Wildlife in Canada, Marco Festa Bianchet, said he’s pleased with the federal government’s ultimatum.

“This is really the first time that the federal government has invoked the safety nets of the Species at Risk Act,” said Festa Bianchet, a biology professor at Université de Sherbrooke. He said the threat is necessary because “the provincial government has chosen to let the forest industry destroy caribou habitat for many years.”

The provincial government, Festa Bianchet said in an interview Tuesday, has chosen not to act in order to protect jobs in the forestry industry.

Caribou depend on thick, old-growth forests for protection from predators and to provide lichen for food, Festa Bianchet said. Over time, logging has removed much of the old-growth forest and replaced it with younger trees, depriving the caribou of their habitat and food. Logging roads also allow for the caribou’s natural predators, such as bears and wolves, to hunt more easily, he added.

The Quebec committee currently studying caribou protection has faced criticism from environmental groups because it doesn’t include any caribou experts. It is headed by Nancy Gélinas, a Université Laval professor who studies forest economics.