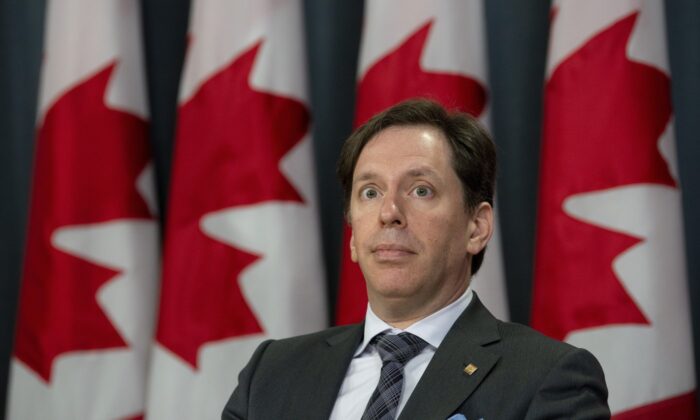 A prominent Jewish organization is speaking out against Quebec’s new language law, saying it will make it harder to recruit rabbis and could push Jewish people to leave the province.

B’nai Brith CEO Michael Mostyn says he’s concerned that many Jewish immigrants, including elderly people from Ukraine and the former Soviet Union, will no longer be able to access services in English.

Marvin Rotrand of B’nai Brith’s league for human rights says the new law will also make it harder to recruit rabbis from outside the province because it tightens an exemption that allows them to send their children to English-language Jewish schools.

The former city councillor said the combination of the language law and the earlier secularism bill, which restricts some public servants from wearing religious symbols, could push many of the community’s younger members to leave the province.

The language law, known as Bill 96, imposes stricter language rules for workplaces, tightens access to English junior colleges and limits who can receive government communication and services in languages other than French.

While there are exceptions for health, public safety, and for people who have historic rights to English education, Rotrand says many members of the Jewish community won’t qualify and could lose access to English services.