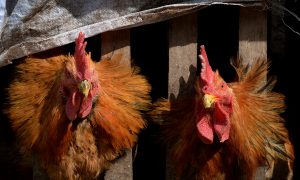 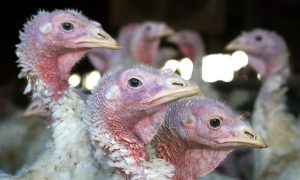 Can Bird Flu Spread to Humans? Can H5N2 Affect Your Pet?
0 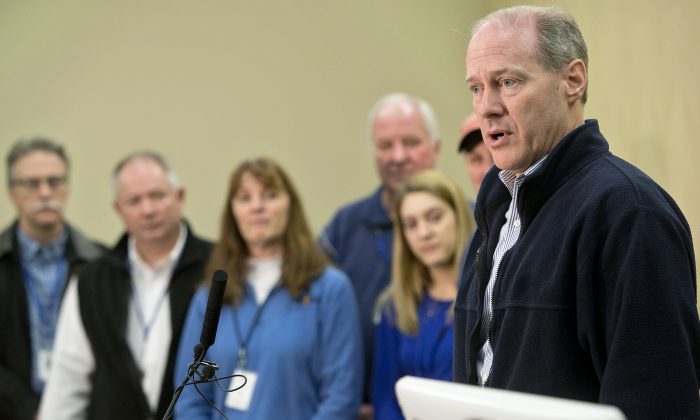 Bret Marsh (R), the Indiana State Veterinarian, answers questions from the media Monday, Jan.18, 2016, on the avian flu situation in Dubois County at the Center for Technology, Innovation and Manufacturing at Vincennes University Jasper Campus in Jasper, Ind. (Dave Weatherwax/The Herald via AP)
US

Q&A: Details About the Latest Round of Bird Flu

INDIANAPOLIS — In just a few days, a bird flu virus has led to the deaths of nearly 400,000 turkeys and chickens on 10 farms in a southwest Indiana county that’s the state’s largest turkey producer. Here are some questions and answers about the bird flu virus outbreak in Dubois County, about 70 miles west of Louisville, Kentucky:

What kind of flu is this? Is it the same from last summer?

This isn’t the same strain as the H5N2 strain that devastated the poultry industry — mostly in the Upper Midwest — last summer. That strain led to the deaths of 48 million birds, mostly chickens and turkeys.

Is it dangerous for humans?

The Centers for Disease Control and Prevention considers the risk of illness to humans from bird flu to be very low. The U.S. Department of Agriculture says no human infections from the H7N8 strain found in Indiana have been detected.

What happens to infected birds? The rest of the flock?

All of the birds in flocks that officials confirmed had infected birds must be euthanized under USDA protocols dictated by international trade treaties. The birds typically are killed using a type of suffocating foam, though due to cold weather, officials in Indiana also have had to use carbon dioxide gas and a device that delivers a fatal head injury. Some of the birds have also been suffocated by turning off poultry barns’ ventilation systems.

What do they do with the carcasses?

The carcasses are kept in the barn where they were killed, and composted for 30 days — a process that kills the virus. All affected barns will then undergo a thorough cleaning and disinfection before farmers can restock.

How did it get into the barns and what steps are being taken to prevent the spread?

Federal animal health officials and their Indiana counterparts are still investigating how the virus arrived. Research shows wild birds’ northern migration introduced the H5N2 strain starting last spring, but officials don’t know whether the fall and winter migration are to blame in Indiana. Officials also are looking at whether workers traveling between farms, wind or other methods may have spread the H7N8 strain.

Who pays to euthanize the turkeys? Do farmers have insurance for outbreaks?

The USDA pays farmers for the birds that must be euthanized, but not for any that died prior to the government’s arrival. But there is no business interruption insurance that covers a farm’s lost income from animal disease and little other economic help beyond the government’s bird replacement payment.

What other states are at risk?

Federal and state officials are hoping to contain the viral strain to the 10 Indiana farms by using quarantines, euthanizing entire stocks of poultry on those farms and aggressively testing nearby poultry farms and backyard flocks.

Woman Dies From Bird Flu in Southern China, a Second Woman Is in Critical Condition

First Case of H5N1 Bird Flu Found in US Wild Duck: Should You be Worried?

Why is this happening in winter?

Past animal viruses usually spread in spring, and it’s unclear why the H7N8 strain has taken hold in January. A USDA spokeswoman says the viral strain has not yet been found in wild birds, and that suggests it could have developed in wild birds that overwintered in southern Indiana. It isn’t clear whether the mild winter weather played a role, either.

How is this affecting the poultry market?

The most immediately noticeable impact has been on export markets. Similar to last year’s outbreak, many trade partners began refusing trade imports and places like the European Union, Japan, and South Africa won’t take poultry from the entire state of Indiana. Others, including Hong Kong, exclude only products from Dubois County.

Officials hope the current outbreak has been contained and that there’s no wider impact. U.S. Agriculture Secretary Tom Vilsack said the rapid response developed after last year’s outbreaks seems to have worked, but noted a team is in place to rapidly euthanize flocks and contain any spread.