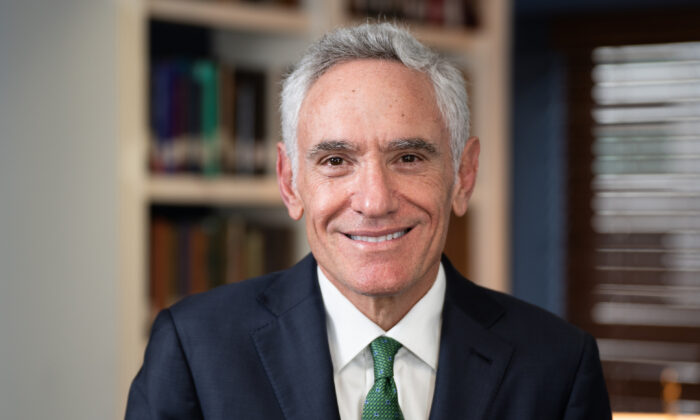 Americans have lost their trust in science, and it can’t be repaired without public health leaders and scientists admitting and apologizing for their wrongs during the pandemic, said former White House COVID-19 adviser Dr. Scott Atlas.

While serving in the Trump administration’s pandemic task force in 2020, Atlas was attacked by the mainstream media and academia over his advocacy for “focused protection.”

Public health leaders like Drs. Anthony Fauci and Deborah Birx, as well as academics who supported lockdown measures, have left behind a harmful legacy that Americans are still grappling with today, Atlas said.

“Their legacy is: number one, the history’s biggest public health failure; number two, massive avoidable deaths in society’s most vulnerable; and number three, ongoing enormous health damages to low-income families and to children,” Atlas told The Epoch times in a recent interview.

“They have created a severe loss of trust in public health and science, and left us as a public in a situation where we cannot trust guidance,” he added. “Because the experts have been exposed—like in the story, ‘The Emperor’s New Clothes’—as being non-expert, politicized, and simply unfit to hold the public trust.”

According to the latest survey by Pew Research Center, just 29 percent of American adults say they have “a great deal of confidence” in medical scientists to act in the best interests of the public, down from 43 percent who said so in April 2020, when state and local governments started to roll out lockdown measures in accordance to federal guidelines.

This eroded trust can be rebuilt, Atlas said, but public health officials and academic experts have to first admit that the lockdowns have not only failed to stop the spread of the virus or reduce the number of deaths, but also added suffering to low-income families and children.

When asked about the proposal of “pandemic amnesty,” which asks Americans to forgive decisions made with a lack of understanding of the virus, Atlas said he “completely disagrees” with the idea, which apparently is based on a “false premise.”

For example, it was already known in the spring of 2020 that healthy children had an extremely low risk of becoming severely ill or dying from COVID. The fact that school closures and social isolation were leading to a dramatic rise in mental illness, suicides, and drug abuse among children and adolescents was also known at that point, he added. Yet the schools remained closed in some of the nation’s largest public school districts.

What Americans need, according to Atlas, is not amnesty, but accountability.

“We need to not turn the page, we need an investigation—an non-partisan exposure of what happened,” he said. “Only public accountability will prevent the repetition of this heinous, destructive policy by those in power.”

Atlas pointed to several of the Biden administration’s public health policies, which are still in place despite not being backed by science or reason.

“We are the only country of civilized nations in the world that still requires proof of vaccination to enter this country,” he said. “This is bizarre, particularly since well over 90 percent of Americans have already had COVID. This is simply nonsensical.

“We need good people, rational people to have the courage to rise up and speak up, as you are expected to do in a free ethical society.”