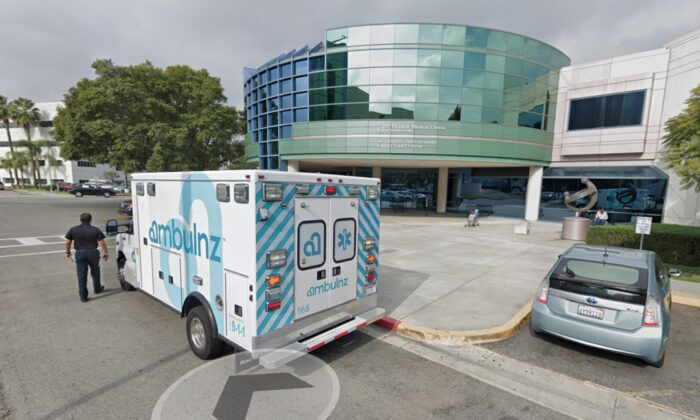 The Los Angeles Sheriff’s Department said protesters attempted to block and enter the hospital where two shot deputies were taken.

“To the protesters blocking the entrance & exit of the HOSPITAL EMERGENCY ROOM yelling ‘We hope they die’ referring to 2 LA Sheriff’s ambushed today in #Compton: DO NOT BLOCK EMERGENCY ENTRIES & EXITS TO THE HOSPITAL. People’s lives are at stake when ambulances can’t get through,” the department wrote on Twitter.

A person who captured footage of the hospital incident in Los Angeles showed activists near the facility. “I want to deliver a message to the family of the pigs: I hope they [expletive] die,” one is apparently heard saying.

Videos on Twitter show that the agitators appear to identify themselves as “Africa Town Coalition” members, as they walk toward the hospital before threatening officers there. Some of them shouted anti-police slogans.

To the protesters blocking the entrance & exit of the HOSPITAL EMERGENCY ROOM yelling “We hope they die” referring to 2 LA Sheriff’s ambushed today in #Compton: DO NOT BLOCK EMERGENCY ENTRIES & EXITS TO THE HOSPITAL. People’s lives are at stake when ambulances can’t get through.

The 31-year-old female deputy and 24-year-old male deputy underwent surgery Saturday evening, Sheriff Alex Villanueva said in a late-night news conference. Both graduated from the academy 14 months ago, he said.

The deputies were shot while sitting in their patrol car at a metro rail station and were able to radio for help, the sheriff said. Villanueva, whose department has come under fire during recent protests over racial unrest, expressed frustration over anti-police sentiment as he urged people to pray for the deputies.

The department posted a video of the shooting that shows a person open fire through the passenger-side window of the patrol car.

“The gunman walked up on the deputies and opened fire without warning or provocation,” the department stated.

President Donald Trump reacted to the incident on Twitter, writing that the perpetrator and others like him are “animals that must be hit hard!”

“This cold-blooded shooting is unconscionable and the perpetrator must be brought to justice,” Democratic presidential candidate Joe Biden wrote on the social media site. “Violence of any kind is wrong; those who commit it should be caught and punished.”