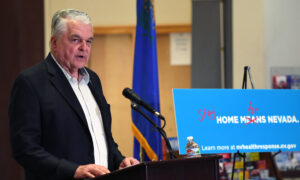 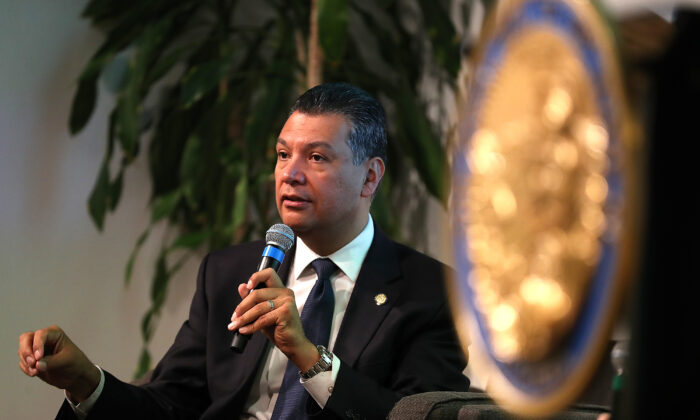 California Gov. Gavin Newsom’s choice of Alex Padilla to replace Sen. Kamala Harris (D-Calif.) may force the U.S. Senate to take a critical look at a $35 million contract awarded by Padilla, the state’s secretary of state, to a firm with deep ties to three Democratic presidential nominees.

Padilla awarded the contract to SKDKnickerbocker (SKDK), the Washington-based public relations and political strategy firm, in August as part of the state’s program of providing mail-in ballots to all of the state’s 22 million voters.

The purpose of the program, known as “Vote Safe California,” was reportedly to “produce advertising to encourage voters to participate in the November election.”

The program was partially funded with money provided by the $2.2 trillion Coronavirus Aid, Relief, and Economic Security Act of 2020 (CARES Act) approved by Congress and signed into law in March by President Donald Trump. It’s illegal to use CARES Act funds for get-out-the-vote campaign activities.

Dunn once described China’s communist dictator, Chairman Mao Zedong, as one of her “favorite philosophers,” a remark she later claimed was meant in jest.

Three top House Republicans, who have been calling for months for an official investigation of the SKDK contract, issued a statement on Dec. 22 reiterating their demand.

“Before anyone should trust Secretary of State Alex Padilla being promoted to a U.S. Senator, there are serious questions that he needs to answer about his use of federal funding California received through the CARES Act to help states administer the 2020 elections,” Davis said in the statement.

“There’s documentation that Secretary Padilla entered into a $35-million, no-bid contract with a Biden consulting firm and tried to use this funding improperly for get-out-the-vote efforts.”

Comer said: “Alex Padilla’s actions as California Secretary of State raise serious ethical and legal questions and we must have answers immediately before he is entrusted with representing all citizens of California in the U.S. Senate and safeguarding taxpayer dollars.

“As California Secretary of State, Mr. Padilla fast-tracked a no-bid contract to a pro-Biden firm, which appears to have enabled Democrat operatives to contact voters and have access to sensitive voter information. This likely is a violation of the law and is a gross misuse of taxpayer dollars. I urge the Election Assistance Commission and the Inspector General again to investigate this unlawful contract and protect Americans’ hard-earned dollars from being used to enrich Mr. Padilla’s political allies.”

Hice observed that Padilla “would begin his tenure in the Senate with serious questions hanging over him. Californians and indeed all Americans deserve to know the truth before he is further entrusted with taxpayer dollars.”

Numerous Democratic political operatives were listed as members of the SKDK team that would fulfill the contract awarded on an “expedited basis” by Padilla.

For example, Emily Campbell, the program’s project manager, is listed as having “helped elect and re-elect nearly two dozen pro-choice Democratic women to governor’s offices and to the United States Senate and House of Representatives, including 10 in California.”

Jason Rosenbaum, who is listed as managing director and president of SKDK Digital, was described in the contract as having “led the digital advertising department for Hillary Clinton’s 2016 presidential campaign.”

Newsom’s choice of Padilla was announced on the same day that Rita Hart, an Iowa Democratic congressional candidate who lost to Mariannette Miller-Meeks by six votes, petitioned the House of Representatives to seat her instead of her Republican opponent.

Hart claims that 22 ballots that should have been counted would give her a nine-point victory. Hart’s petition could set off a controversy that recalls the bitter “Bloody Eighth” battle in 1984 when Democrats seated Indiana Rep. Frank McCloskey instead of Rick McIntyre, a Republican who had been declared the winner by state officials.

Under the Constitution, the Senate and House are the final arbiters of who is officially seated as members in their respective chambers. The last time such a challenge was mounted in the upper chamber was in 2009, when then-Illinois Gov. Rod Blagojevich appointed Roland Burris, a former Illinois attorney general, to succeed Obama in the Senate.

Charges that Blagojevich “sold” the Senate appointment to the highest bidder quickly became public, and the governor ultimately was impeached; tried and convicted in federal court on one count of lying; and sentenced to 14 years in prison. President Donald Trump commuted his sentence in February.

Burris was admonished by the Senate Ethics Committee for giving “incorrect, inconsistent, misleading, or incomplete information” about his appointment. He served in the Senate until Nov. 29, 2010, but didn’t seek reelection.